WHY YOU SHOULD START TALKING TO STRANGERS #4 - TAIWANESE GENEROSITY

THOSE STRANGERS YOU MEET ON THE ROAD… OR ELSEWHERE.

“Don’t you dare to speak to strangers!” We’ve all been hearing this, especially during childhood. Because strangers are unknown, and unknown is scary, filled up with bad intentions, particularly with those fizzing candies and long raincoats. I’m not saying that’s a bad thing, for it’s actually a good piece of advice for kids, whom are innocents and don’t really know about mistrust, carefulness, and well, who knows what could happen to a helpless kid? However… I’m wondering why this piece of advice stays stuck within us once we grew up. Is it right? Aren’t we doing too much being so cold and distrustful towards strangers? What’s going to happen if we step up, just a little, out of our comfort bubble?

Here, I’ll try to prove from A to Z how it can be really awesome sometimes to let yourself go and talk to strangers, to trust them a little and moreover to take some time to… Just speak and get to know them.

While travelling, you often get some random acts of kindness. Maybe because you’re more up to it, more open to it, and also more dependent on it. Here, I wanted to share some of those encounters with strangers, some of those acts of random kindness, some great surprises I had with strangers, and therefore what I learned from it. I’ve got plenty of little stories that I’d like to share and write about. I hope this little saga will have the advantage of bringing a different, yet optimistic glance upon our world.

I’m telling you, folks. You can talk to strangers. That’s pure happiness. 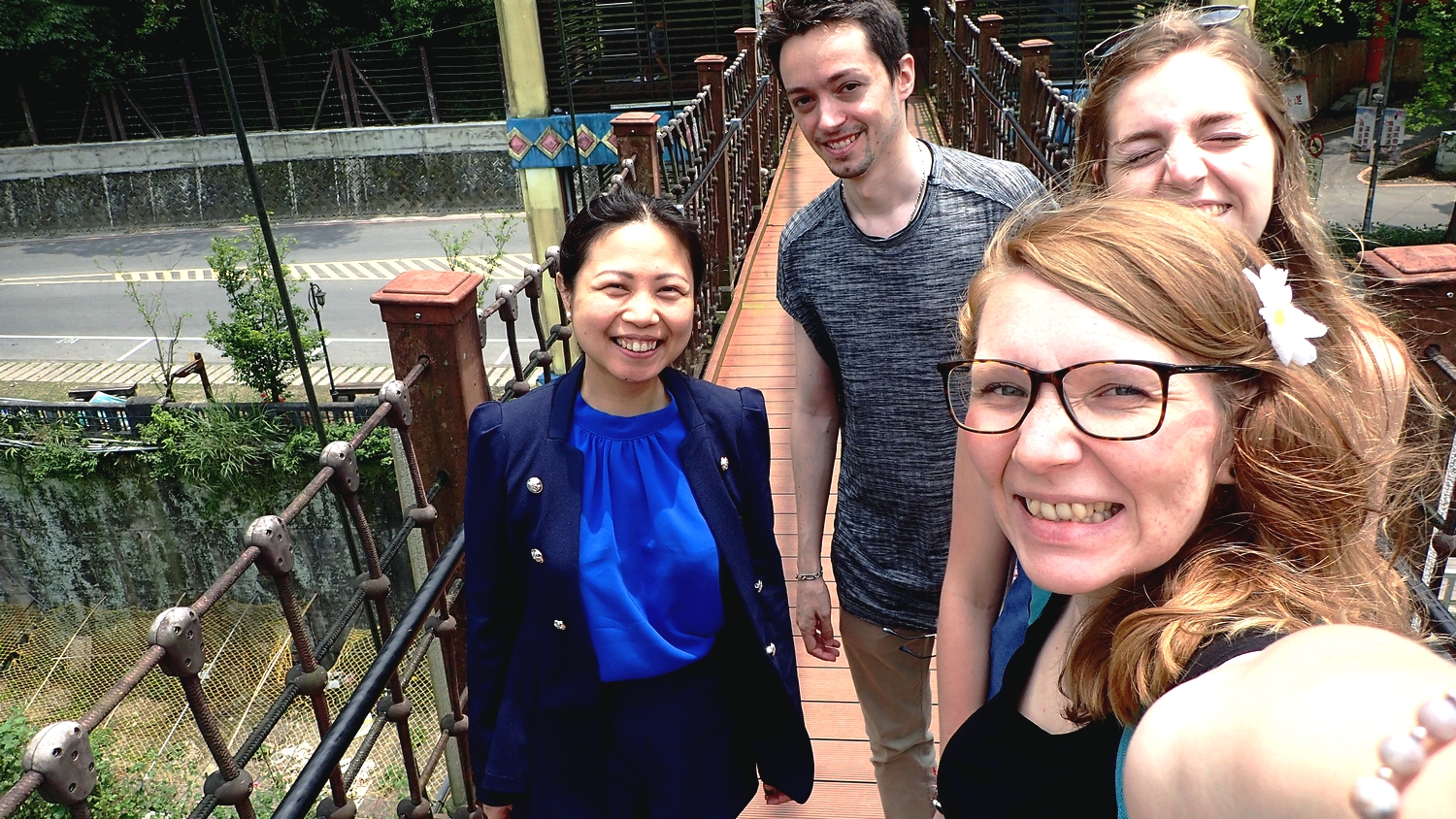 It all started with a simple message on Couchsurfing. Vita was inviting me to stay over at her place near the Taoyuan airport when I was getting to Taiwan. I already booked my accommodation though and had some plans to work in a hostel for accommodation, but we kept in touch in order to meet each other when I’d get settled in Taipei.

With Flora, whom I met in the first hostel I stayed and Nicolas, the only other French Working Holiday Visa holder in Taiwan I know, we decided to go to Wulai for a day trip. I asked Vita to join for it’s always good fun to share a travel trip with a local (especially when it comes to ordering something for lunch.) And the more the merrier as they say in English.

Vita is a 35 years old Taiwanese girl full of energy with a smile illuminating her cutie face. And this smile is highly contagious when she smiles and makes jokes, you can’t help but smiling as well. The coincidence is that she’s about to go to France with her mum for a few months, so we kept on telling her tips and food she has to try while there (cheese, cheese and… cheese?) Our day trip in Wulai was a fabulous day indeed, filled up with amazing landscapes and lots of laughter. Which I’ll tell you more about in another post. 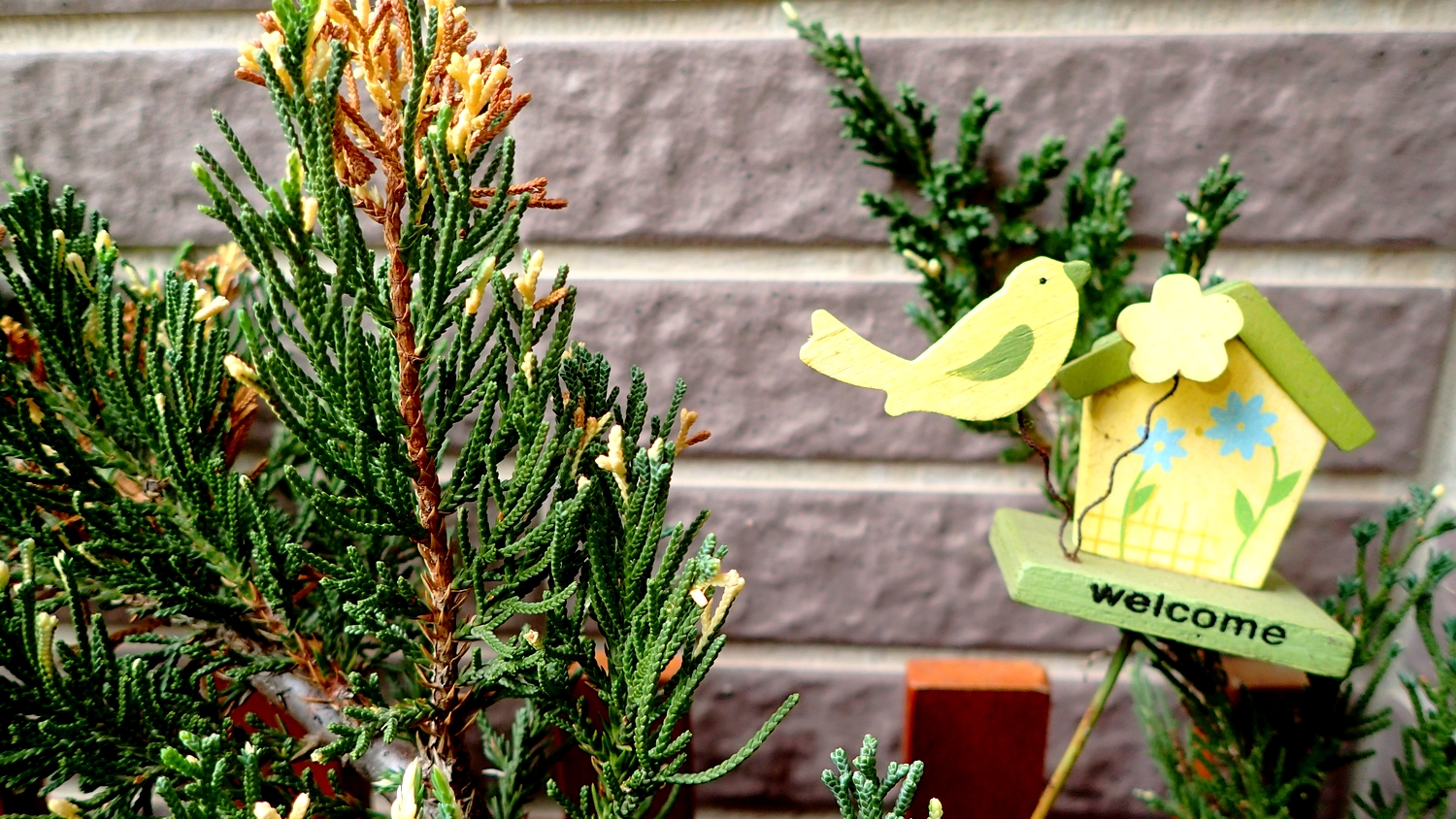 A week after this beautiful day, Flora and I were invited to stay at Vita’s house on my day off. Now that I think of it, it was my first genuine experience of going to a Taiwanese home. After an afternoon filled with new culinary experiences, Vita brought us to her home, where she said: “you can eat everything you see, my home is your home” – that’s certainly the best welcoming introduction ever! Vita is also hosting quite a lot of Couchsurfers, she even has a CS wall with pictures of people she and her family hosted in Taoyuan. “This Russian couple even stayed a whole month,” she said by showing me a picture of happy smiling people in which they have written some really nice words. Because, that’s how it goes at Vita’s home, even though her mother doesn’t really speak English, she’s so welcoming and enthusiastic about meeting foreigners, that you’re really feeling like you just met your Taiwanese mum. Vita’s family is vegetarian and her mum has gold in her hands when she cooks. We were full but still couldn’t stop eating. Between the taro, the spinach, the rice steamed in bamboo leaves (it’s called Zongzi), some pickles, capsicums, fried noodles and veggie sausages, every dish was a delight for my tastebuds.

Her mum is very funny indeed, she keeps on saying we should eat slowly, but we can’t help it, we keep on eating. That makes her laugh, and really happy. Since we both grew up in France, she wants us to share a bottle of Bordeaux wine they brought back from their last travel in France. She insists on befriending me on Facebook and wants to see pictures of my hometown. My heart feels so warm at that moment, it could be the wine, but it’s most probably the fact that I’m feeling mostly super grateful for this family who’s welcoming us with such generosity and happiness. That’s the proper word, they’re genuinely generous towards strangers.

I’m having what I’m calling now “a magical moment.” When I feel cheesy happiness rushing through my heart and spread in my whole body -making me feel this warm and delightful feeling of being grateful for life. 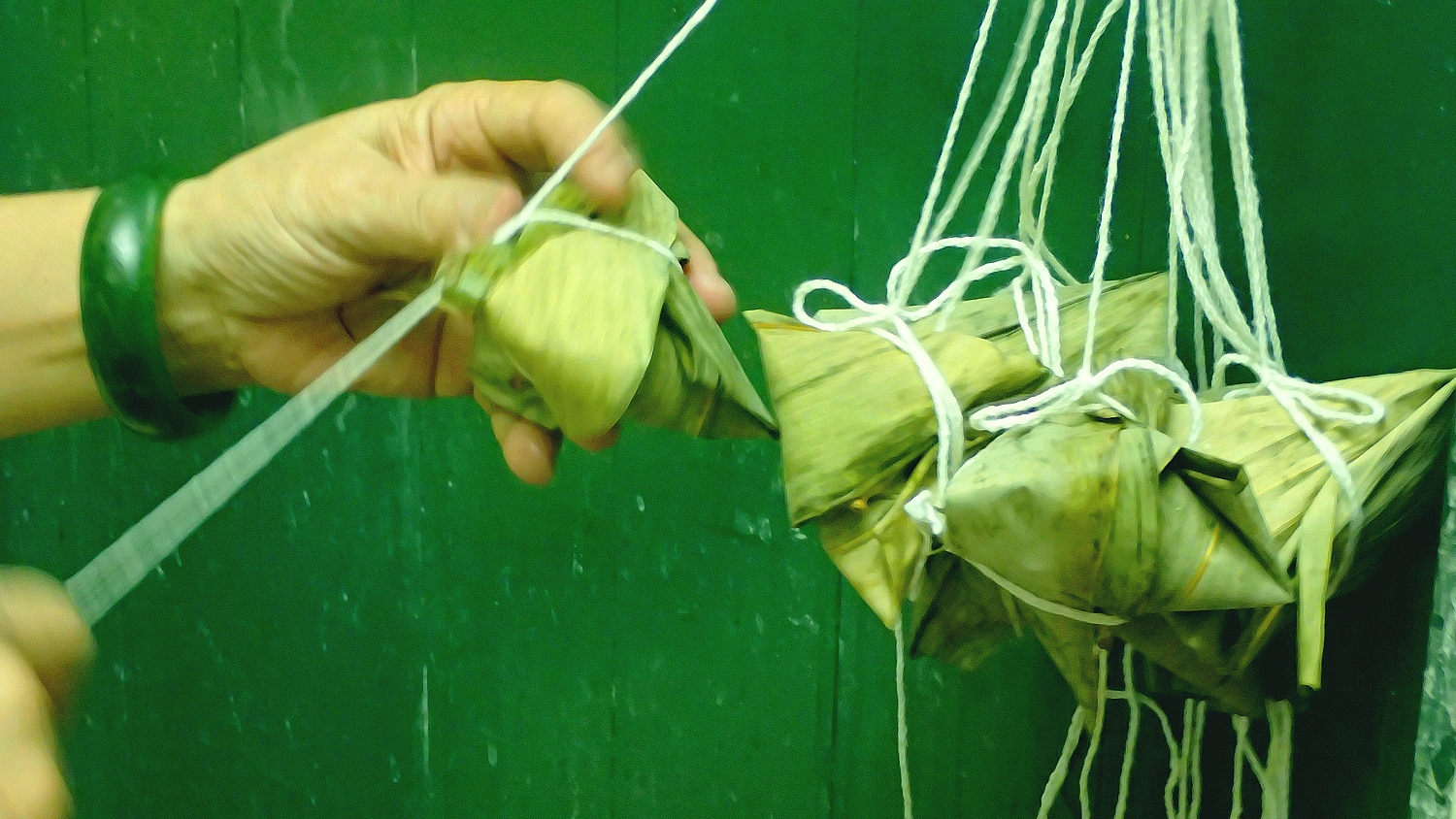 After that, Vita and her mum insisted that I come back to their home again. That was settled, I quit my hostel job to start travelling a bit out of Taipei and my first stop would be Vita’s house. No need to say the food her mother cooked me was amazing, and Vita and I got really close.

I still remember how I felt like a teenager, holding this giant stuffed shark in my arms in Vita’s bed, talking about love and French boys before falling sound asleep. It seems that getting older doesn’t make us stop being confused about love issues. She taught me Chinese chess, I taught her French. Her mother kept saying ‘Je suis contente!‘ ‘- I’m happy- while I was trying to improve saying the four Chinese tones. I felt part of the Lung family, and it was heartwarming.

We’re already planning to see each other again while I’m in Taiwan but mostly when I’ll go back to France.

And now, I get this strange feeling of wishing I’d have an actual home, even though I was so proud for the past two years of not having any and being able to make myself feel at home everywhere and anywhere. Because right now I feel so grateful that I would love to host them in return. I want to have a vibrant “house of happiness” where all of those people who were so generous with me by opening their doors, their cars, their tents, their hearts could come and enjoy a bit of French lifestyle. There would be cheese and wine and books in every language. There would be loud laughter that would piss off the neighbours. There would be never-ending dinners and dancing people because dancing and eating actually make people happy. 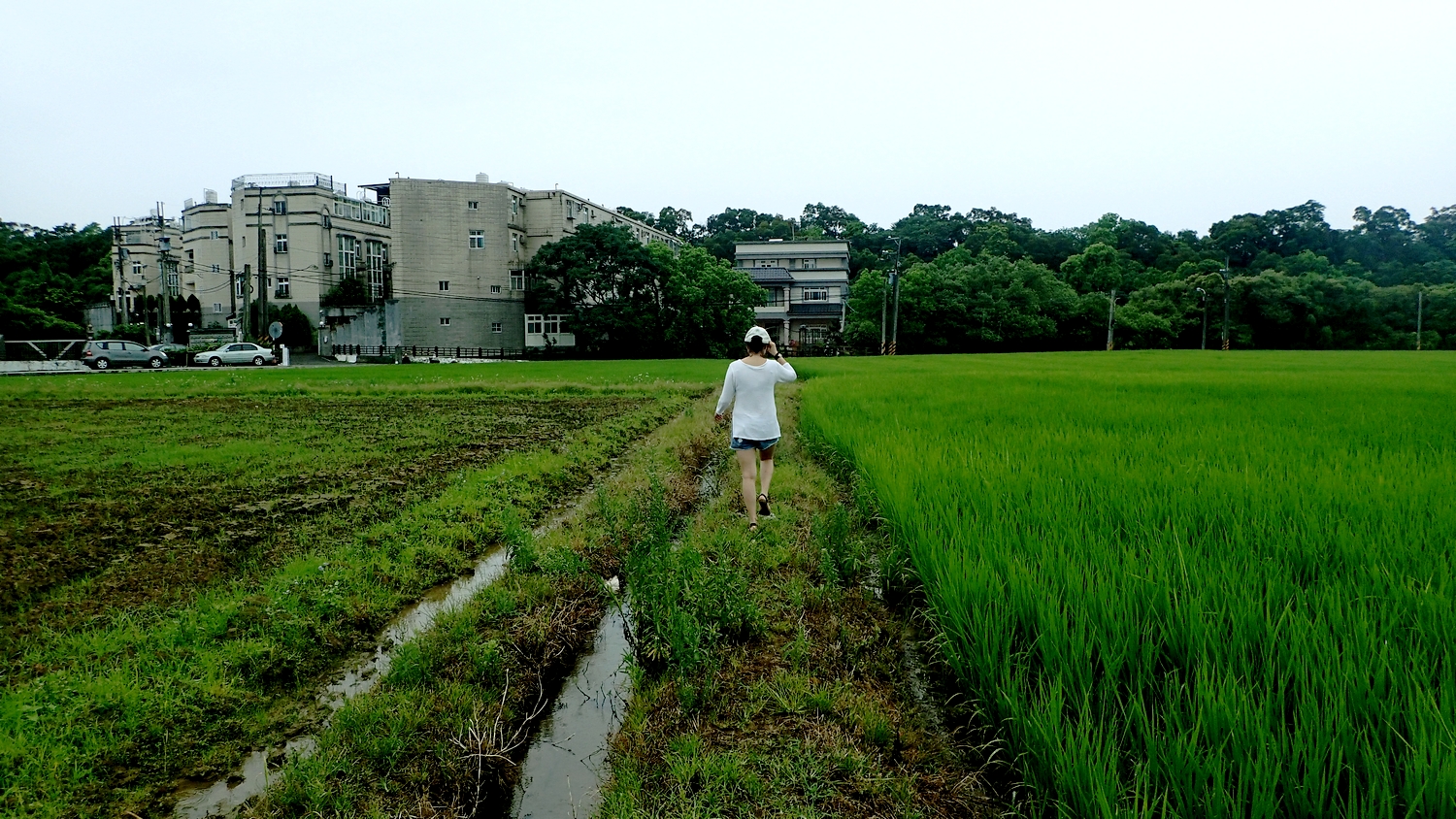 It’s weird to get this feeling as I am just starting another travelling year backpacking. Maybe there’s more to it this time.

Maybe this year won’t be about learning how to live with no strings but about how to be able to give back the magical moments I had for the past two years. Maybe this year I will actually learn how I could settle again somewhere and make it matters.

Maybe I would find the energy to finally build something (like a “house of happiness”?) 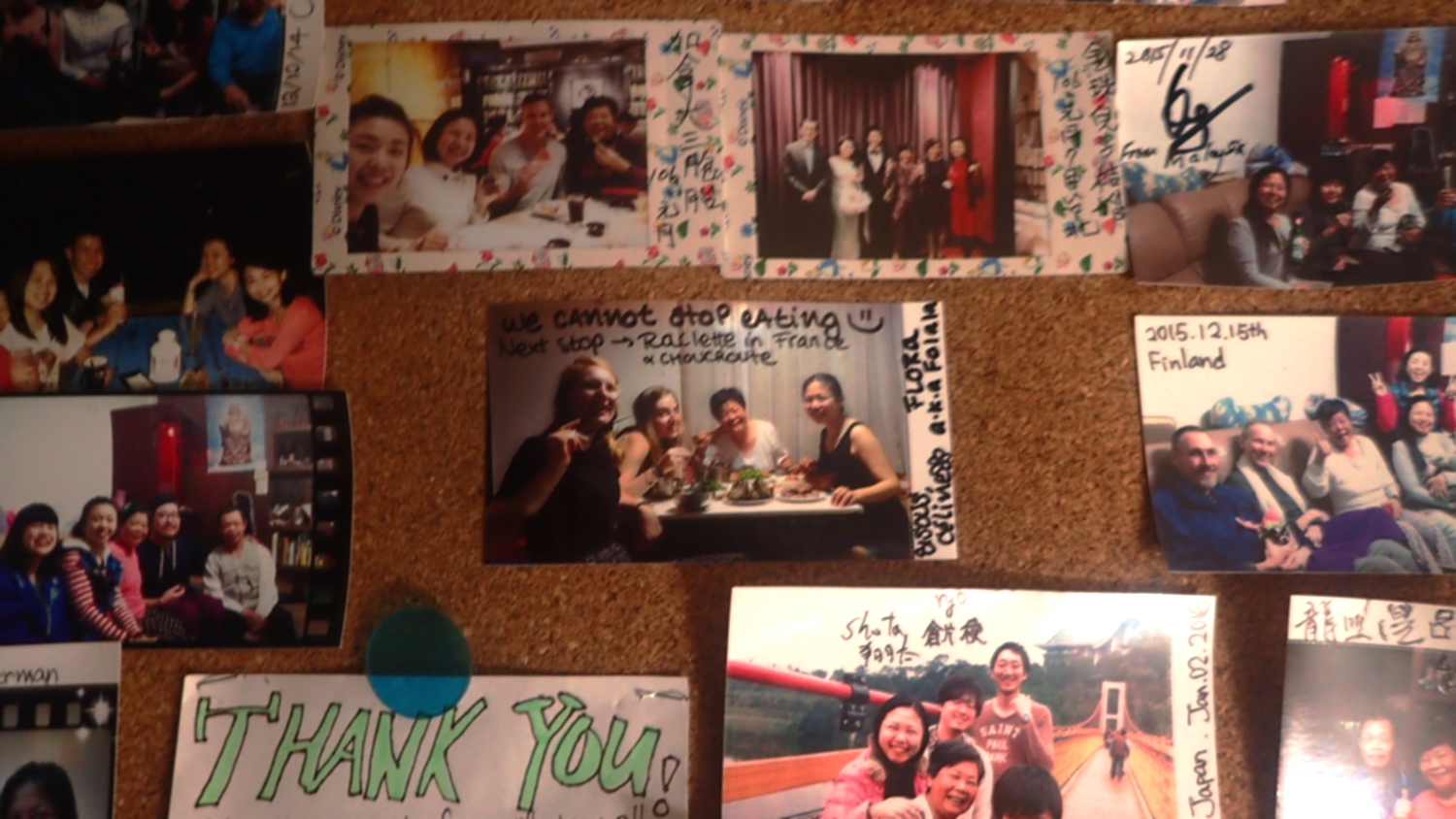 WHY YOU SHOULD START TALKING TO STRANGERS #4 - TAIWANESE GENEROSITY