What’s good about Singapore is that even if it’s a very expensive city, you still can explore and have a good time without having to sell all of your organs. Because, besides its numerous parks and bucolic escapades, taking a stroll in Singapore is a very good way to connect yourself with the city-state’s history, and moreover to blow your mind with the crazy unique architecture.

Come on, let’s take a walk (on the wild side) in Singapore! 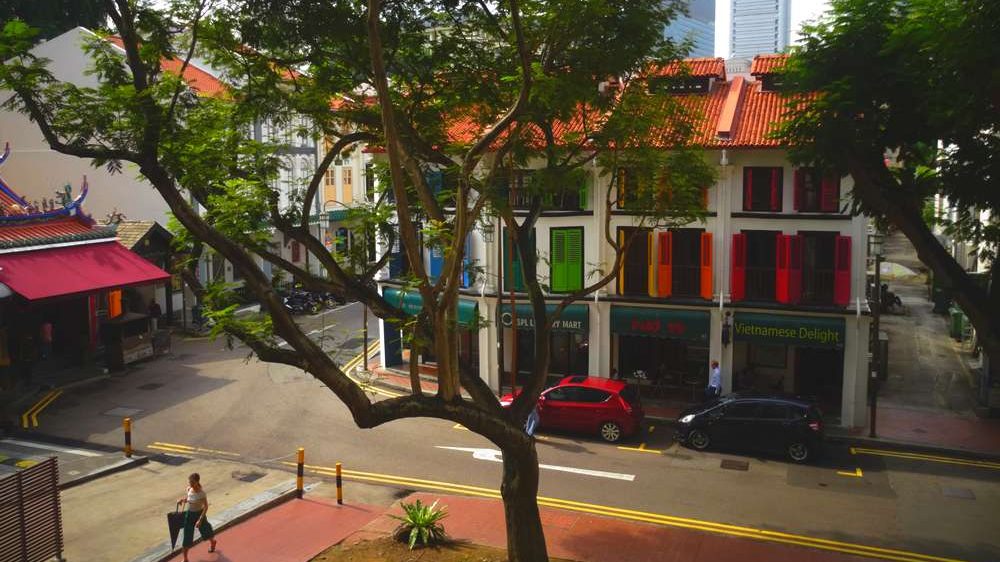 – Get a Singtel Prepaid SIM card (you can purchase it everywhere, even at the airport) : the 30S$ one is a good deal, 14GB of data, unlimited local calls and texts, free access to Facebook, Whats’App and Line, and 90 minutes of foreign calls included!

– Get a MRT card (metro) EZLink for 12S$ at the MRT stations, 10S$ at the 7-eleven. You can’t top up less than 10S$ on your card. Good to know, it’s like in Japan, you pay for transport depending on where you go. This is why the Singapore Tourist Pass could be a great deal: it costs 20S$ (plus 10S$ deposit) with unlimited travels for 3 days. One of these passes gives you free entrance to the Chinese Heritage Centre for 38S$ (no deposit this time). Depending on the length of your stay in Singapore, you’ll surely find the perfect MRT card deal.

– Do some Couchsurfing: the best solution if you want to save up some money. There’s a big Couchsurfing community in Singapore and the people who won’t be able to host you will surely be keen to go out for a drink, a dinner or even to show you around!

– Or sleep in a Backpacker hostels: 20S$ per night usually. At the Green Kiwi Backpacker, beds were clean, the desk woman really helpful and the included breakfast was delicious!

– Eat in Hawker Centres: your best deal to get cheap and yummy food. Hawker Centres are like Food Courts but less clean and with no air conditioning, so it’s way cheaper. There’s a lot of choice amongst South East Asian food so it’s time to try everything! Average price for a dish: less than 5S$. 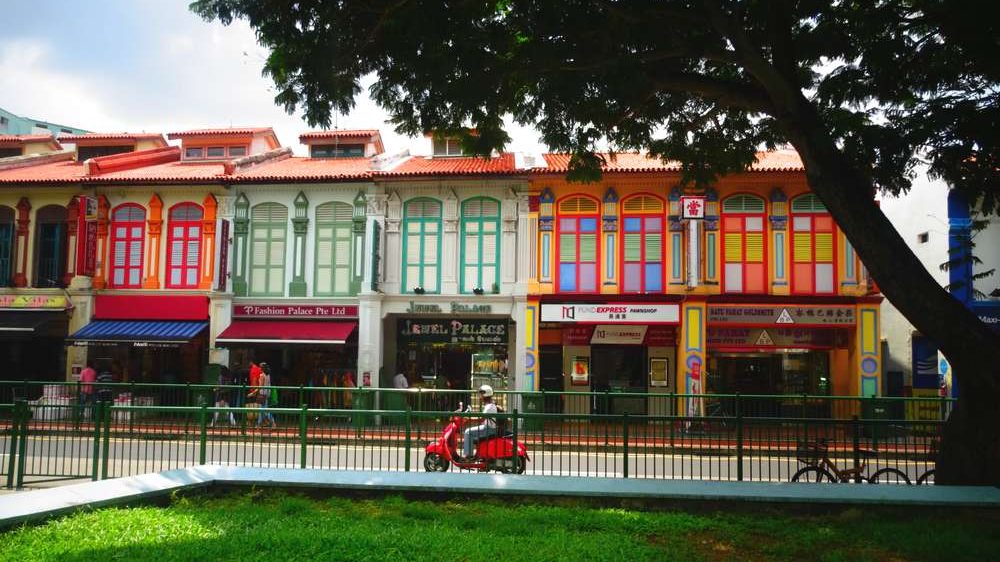 This neighbourhood was founded at the colonial period when the English settled on the Malaysian archipelago around the XVIIth Century to build a commercial harbour. Ethnic groups were to be segregated according to Raffles plan (the governor in charge at this point). This is how Little India was born, as well as Chinatown and Kampong.

Little India was my place of arrival, my base to explore the city from the Green Kiwi Backpackers. This is most probably the most colourful and vibrant neighbourhood in Singapore. The Buffalo Road houses bring you to another time, another country (India, obviously). There are stalls everywhere, with flowers, food, clothing, goodies, amid the colourful colonial houses and the Buddhist and Hinduist temples.

If you need anything, this is most probably in Little India that you’ll find it. And especially at the Mustafa Center, a super-giant mall (but like, HUGE) open 24/7, where you can find everything, from the shampoo to the plug adaptor or a new camera and some kaya spread. And everything’s cheap, it goes without saying.

And while you’re in Little India, don’t miss the AMAZING Indian food. Go eat with your hands in a traditional restaurant (from now on, eating with my hands will be a new hobby), and have a delicious mango lassi, a fresh drink made with yoghurt for dessert and you’ll be sent to heaven (as long as your stomach can handle spicy food, obviously). 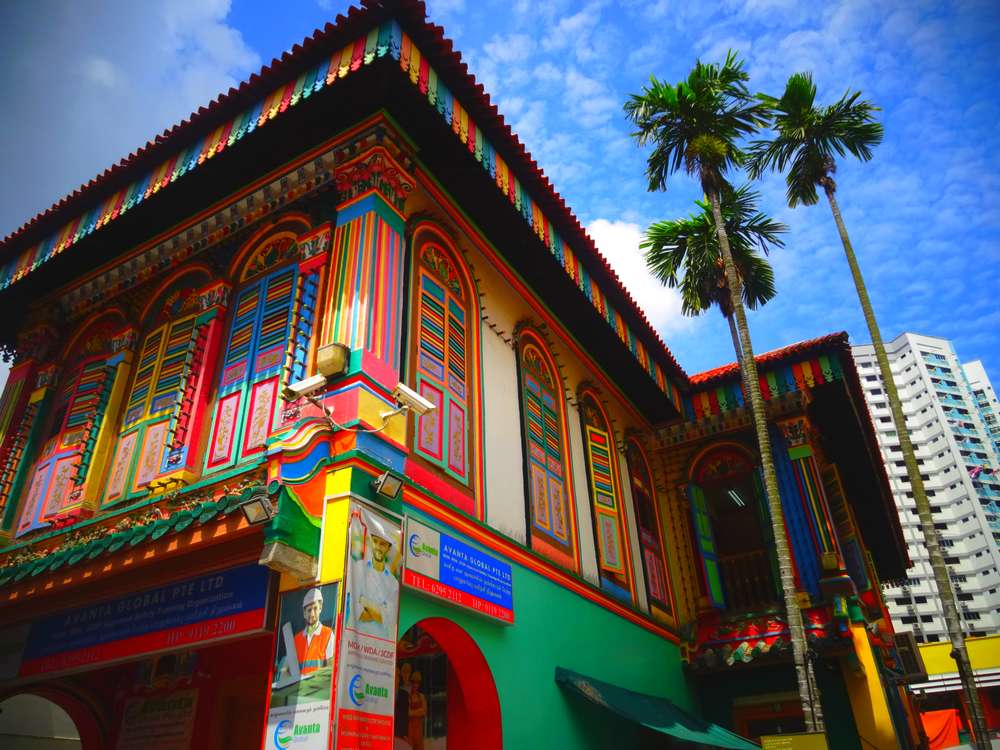 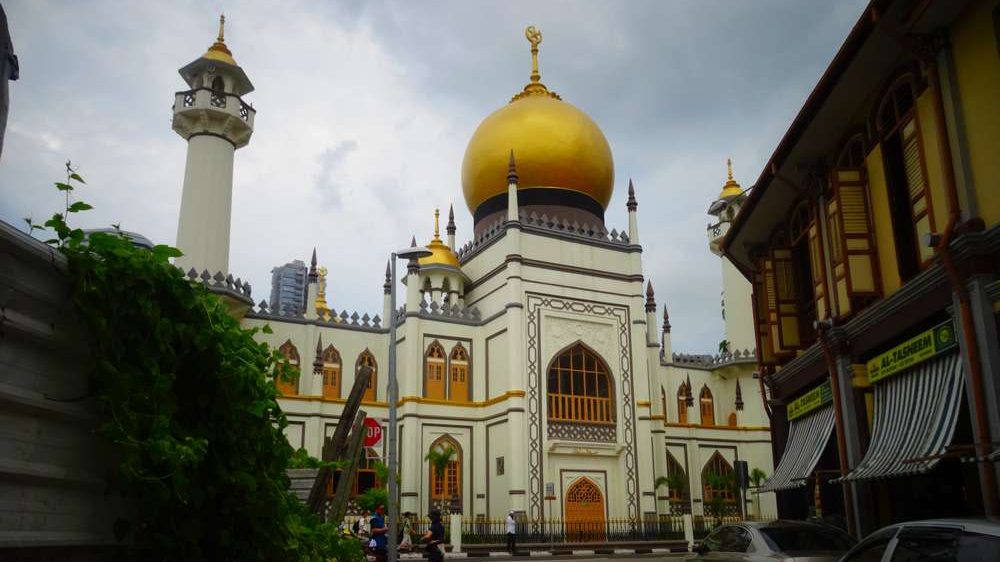 Kampong Glam, on the south-east of Little India, is the neighbourhood of the old Malaysian aristocracy. When the Raffles plan occurred, Kampong Glam was designated to host the Malaysian Sultan Mohammed Shah and therefore, all Arab, Malaysian communities as well as the Muslim community in general.

This is the neighbourhood where you can face the majestic Sultan Mosque which seems to be coming directly from Aladdin. Seriously, you can really picture a flying carpet spinning all around.

Not far from there, you can enjoy Ernest Zacharevic’s street art, which introduces real-life elements like a bike or a shopping trolley in his collages. Then, there’s Haji Lane, a cute little street full of hipster’s boutiques and cafes. In Haji Lane, local designers and original concept stores are flourishing. 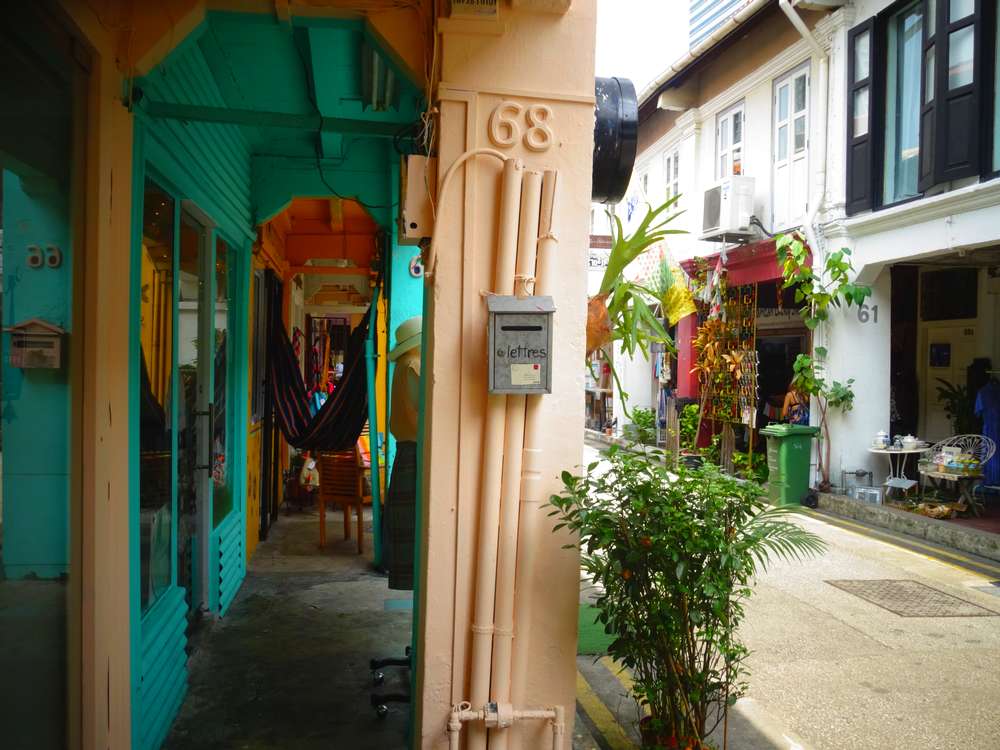 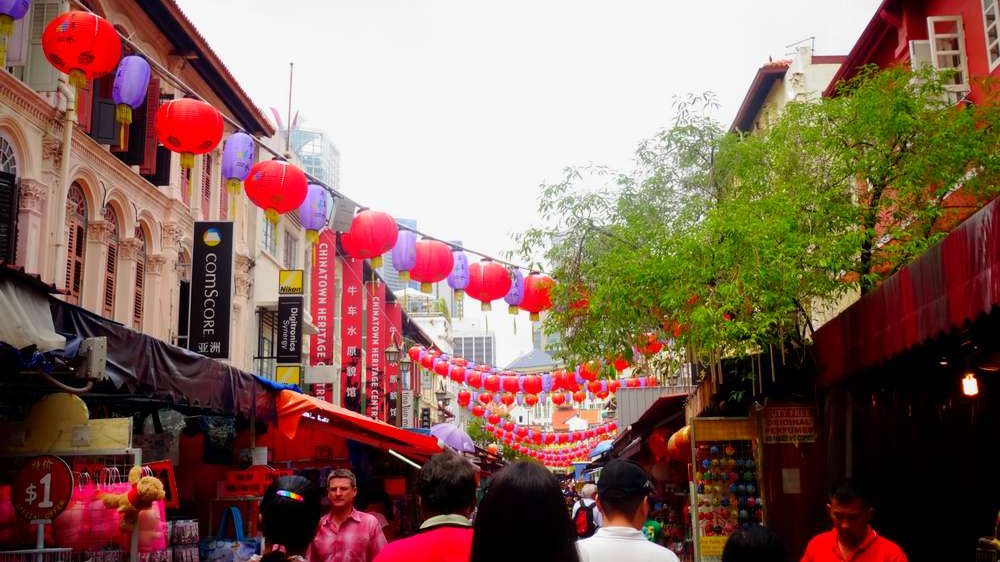 When you get out of the Chinatown MRT station, you’re in the middle of it. Now, you’re in China. The red paper lanterns are flourishing in the air, and there are plenty of goodies stalls and Asian souvenirs as far as your eyes can see.

I stop at the Buddhist Tooth Temple. Like every Buddhist temple, this one hides a sacred relic of Buddha. In this place, it appears to be a tooth. In every Buddhist temple, the relic is hidden in a pagoda, for relics are scattered over the world and every Buddhist pagoda, every Buddhist temple has one. The great thing about the Buddhist Tooth Temple is that there’s a museum about Buddhism history inside. It allows me to understand and comprehend a lot about this religion, for the museum is pretty simple so you don’t get lost amongst the numerous facts. Actually, it was captivating. The temple was vibrating with a ceremony on the ground floor, monks were singing in the middle of the 10 000 Buddha pavilion, a room filled with 10 000 gold statues of Buddha.

On Sago Street, there are a lot of shops, but I’m only interested in one: Chop Tai Chong Kok, a traditional Chinese pastry shop in business since 1938. I buy some lotus paste Mooncakes that I’m devouring in Ann Siang Hill Park. The neighbourhood here is pretty and the park has an incredible view over the Singapore skyline. On the downhill side, there are few Taoist temples on Telok Ayer Street and the contrast with the skyline in impressive. 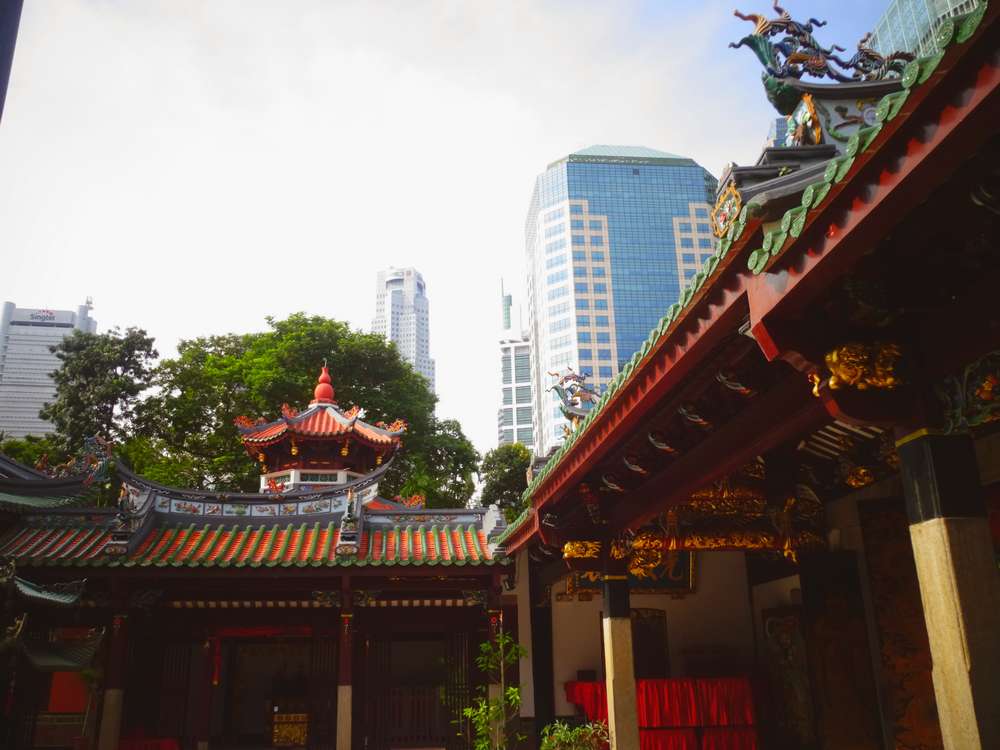 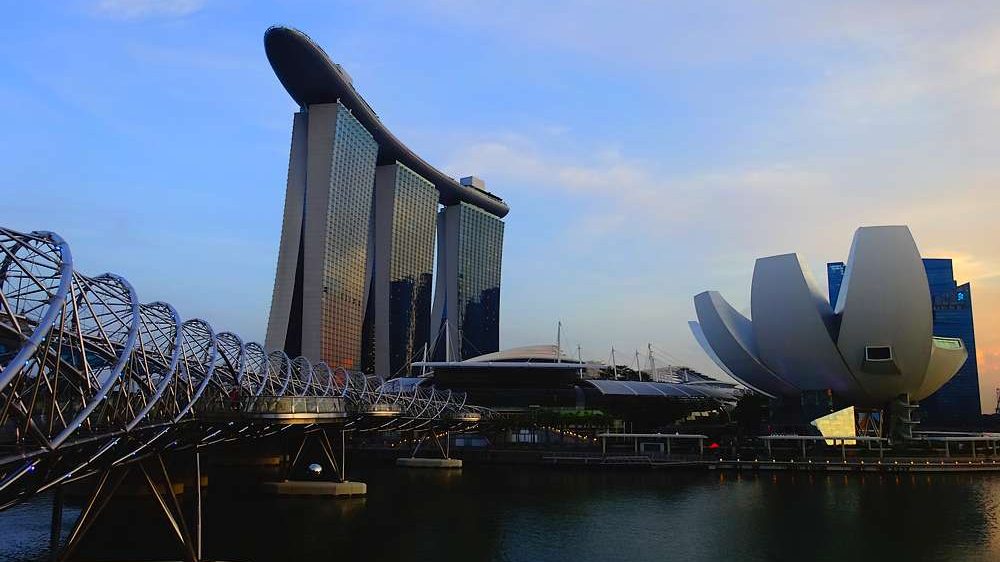 Marina Bay is the place to be to have your mind blown by the futuristic Singapore. This neighbourhood gathers quite a few architectural curiosities of the country, and it feels like Singapore is a giant playground for architects. Here, buildings are from the future and are shaped in the form of the local Durian fruit (Theatres by the Bay), a DNA sequence (Helix Bridge), a Lotus flower (Arts Science Museum) or a giant boat (Marina Bay Sands). Not to mention the Gardens by the Bay just beside, the most famous attraction in all Singapore with its Supertree Grove, those giant structures in the shape of gigantic trees.

At the Marina Bay Sands Mall, there’s a little river where you can actually hop on a boat as well as a giant ice rink. Everything here seems too crazy to be true. And every place is an endless source of viewpoints over the futuristic buildings, the skyline from Marina Bay, the Art and Science Museum from the Helix Bridge, the Marina Bay Sands from the Merlion Bay.

And let’s talk about this Merlion, this half lion, half mermaid statue which is also the emblem of Singapore. This mythological animal is now a true part of Singapore folklore and culture, and they even say “vomiting like the Merlion”, for the one is always spitting water from its mouth over the bay. It’s said that it’s coming from an old tale which depicts a prince who would have seen a lion on one of the Singapore’s bay island. 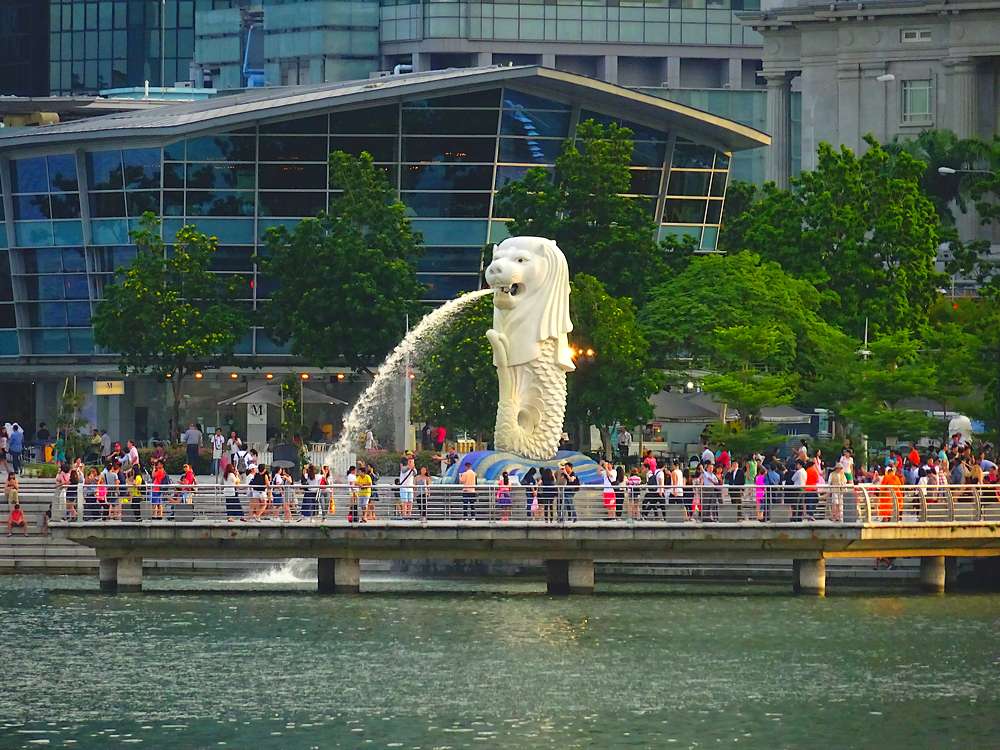 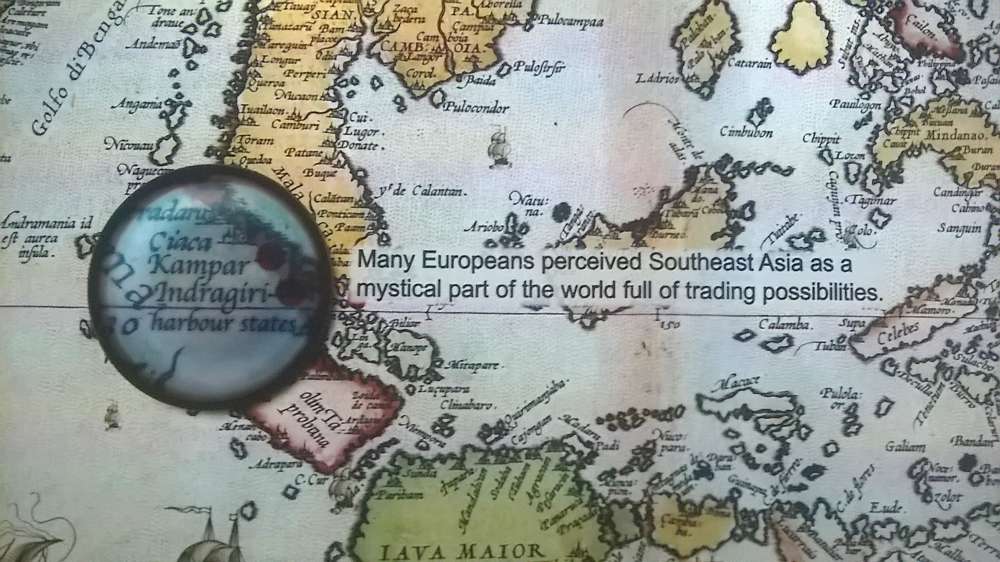 There are plenty of museums to visit in Singapore, and thanks to the 3 days museum pass (valid for 5 national museums) you can visit some of them for a cheap price.

As for me, I decided to focus on the history of the city-state, at the National Museum. I learn a lot about Singapore’s history there, from the city creation to the British occupation, then the Japanese occupation during World War II and the Chinese genocide they perpetrated, then the merge with Malaysia and finally the independence in 1965. Singapore is a young nation indeed, and I discover all the important historical figures, like Lee Kuan Yew who was the first Prime Minister of Singapore. The Singapore history is complex, yet astonishing. You can’t help feeling impressed by the economic development once the independence was proclaimed. In one single generation, Singapore transformed itself into a modern, wealthy and first world class country.

But let’s be careful with praises. As long as I was moved and fascinated by Singapore history, I can’t forget that this country is no democracy under its perfect-city mask. Here, there’s no freedom of press, death penalty and corporal punishments are legal, military service and vote are mandatory, (and gums are forbidden). Homosexuality between men is a crime, as well as strikes and demonstrations. Denunciation is even encouraged.

This is where it gets tricky. How a country could be so developed, and yet ignore some fundamental Human rights? Brenna tells me that Singaporeans are ready to sacrifice a little bit of their freedom as long as they still get a good lifestyle (one of the best in the world). How could I blame them? Criminality is so low here, this would most probably be the safest country in South-East Asia. As often during my travel, I come up to realise that nothing is simple. 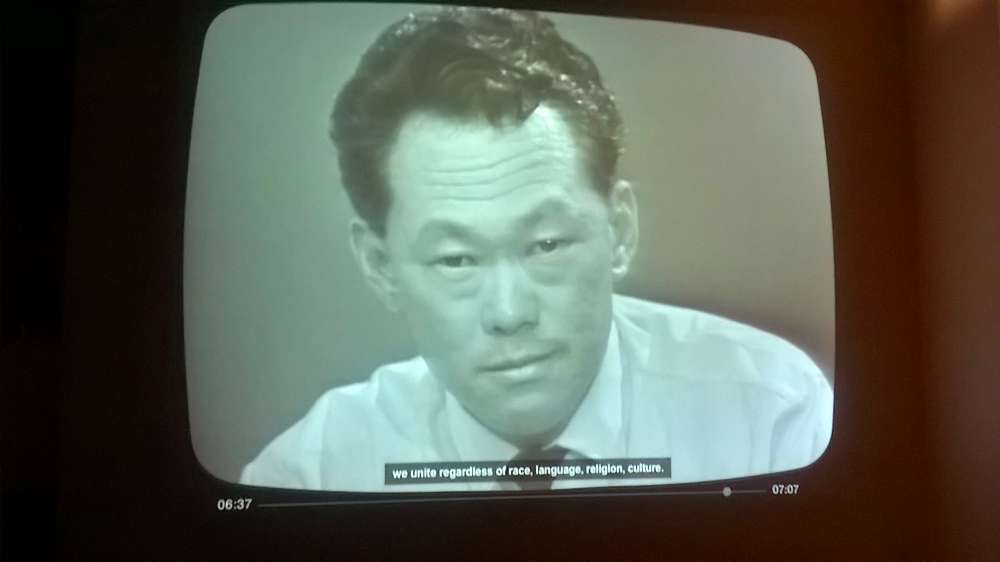 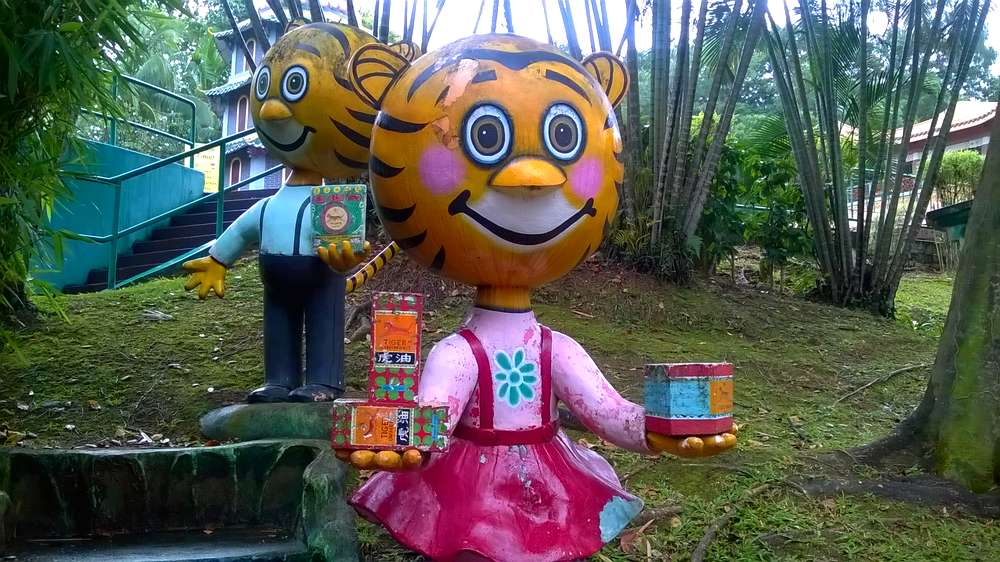 I found the (free) curiosity not to be missed in Singapore: How Par Villa. It’s a kind of theme park created in 1937 by the founders of the famous Tiger Balm. This odd theme park offers a colourful and unexpected immersion into Chinese myths and legends. And that’s exactly why the park is so singular, because, instead of being a traditional theme park for kids, How Par Villa doesn’t skimp on bloody scenes and gory details.

The ’10 courts of Hell’ section, for example, is showing the several punishments for each sin committed. You’re immersed in an Asian-like Dante’s Hell and all the details are pretty… graphics. Torture, mutilations, and moreover bloodbaths are picturing this odd scene of Chinese folklore. I have to admit my heart belongs to the one whose head is cut through by a handsaw (how says I’m sadistic?)

Taking a stroll in How Par Villa is being in the midst of kitsch and gore. A strange association. And yet the theme park is so colourful! And when it starts to rain like the world’s going to end, the exploration feels like a horror show. I can imagine entire generations of Singaporean kids traumatised by How Par Villa’s statues. I can also picture them sneaking in the park without their parent’s authorization just to get some thrills. 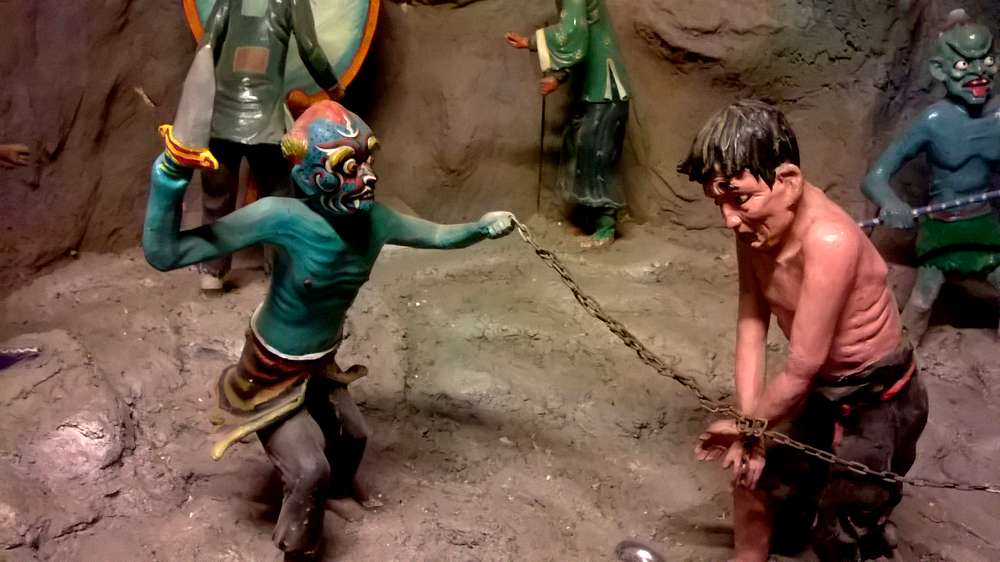