Between August and September, there’s something highly magical happening on a mountain on the East of Taiwan: the blooming of Daylilies, a very peculiar species of lilies that only bloom during twenty-four hours.

In Taiwan, locals harvest the Daylilies to cook them in some kind of soup or even in Hot Pot, but you can also find stalls on the mountain selling fried flowers. 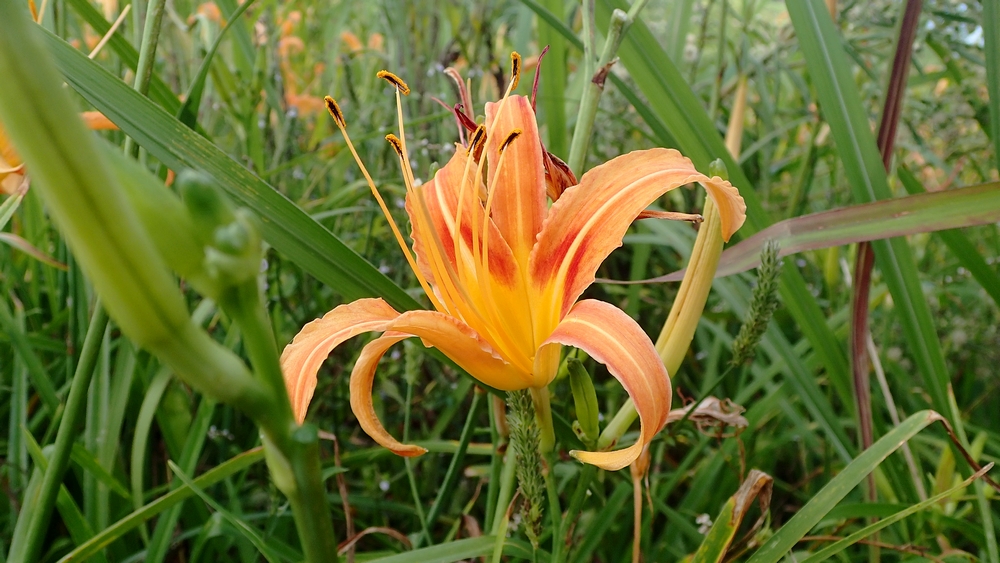 This blooming can be seen on this mountain, North-East of Fuli, in the small village of Zhutian, which is called Sixty Stone Mountain, Liushishi Shan or Liushidan Shan (六十石山) depending on how you read the penultimate Chinese character “石” –the last one “山”(Shan) meaning mountain.

For there are actually two different stories behind the mountain’s name: first story takes place during the Japanese colonisation era (from 1895 to 1945) where up to sixty dan of millet could be harvested on this mountain, while the average for the other fields was around forty to fifty dan – ‘dan’ being the unit of measure valid at that time, 1 dan equalled 100 L. The same Chinese character is used for ‘dan’ and for ‘stone’, which is where the confusion came. 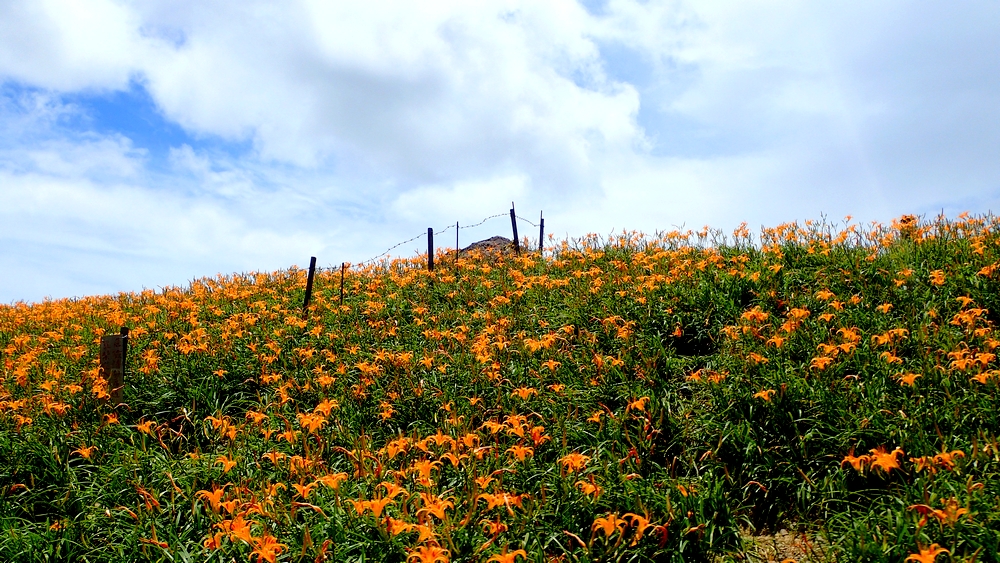 As for the second story, also taking place during the Japanese era, it’s telling that a camphor forest was discovered on the mountain and that, after being destroyed, all that was left were sixty stones scattered in the landscape.

This is where I ask myself if the mountain actually got its name from the legend, or if that’s its confusing name that gave birth to the legend. Between the chicken or the egg, the stone or the dan, the mystery remains.

AN OCEAN OF DAYLILIES… 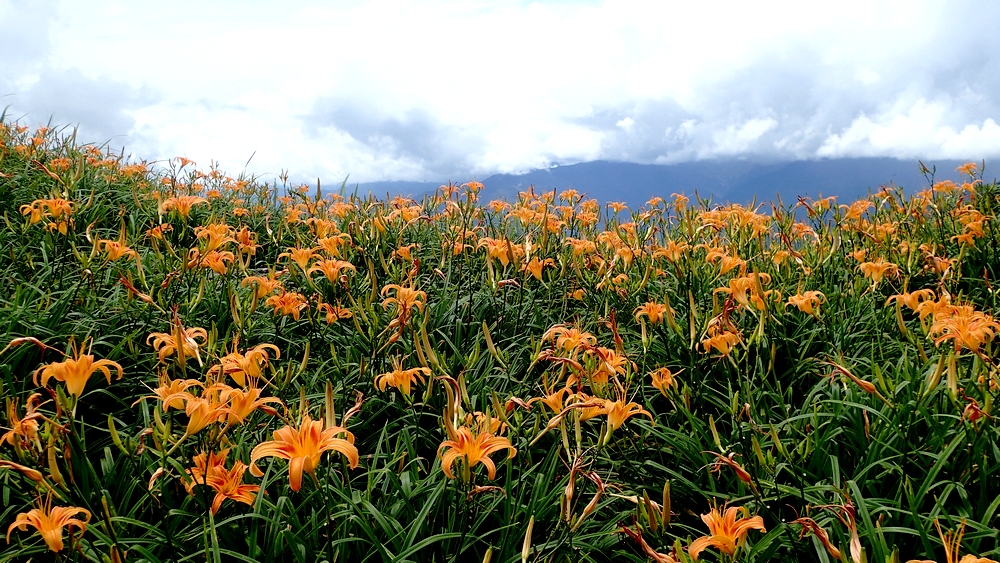 In any case, whether you do believe in one or the other legend, this mountain could easily be named today the mountain of the 300 hectares of flowers! And even though some flowers are harvested for cooking purposes, a part of those fields is actually protected by the government so the blooming happening each year will remain such a spectacular and peculiar view! 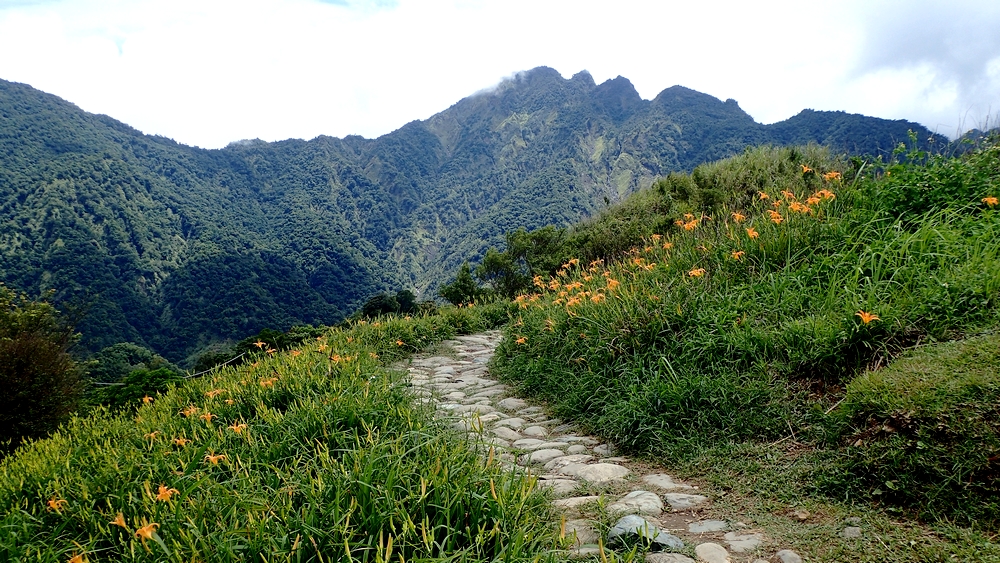 The mountains and hills are then covered with an orange bed of flowers, which really contrast beautifully with the blue of the sky. It feels like an alive painting while the clouds are playing with us the game of unlikely shapes. On the top of the mountain, there’s a path leading amidst the flowers up to the Wanyou Pavilion – The Forgetting Sorrow Pavilion. At 964 meters high above sea level, it is said that all of our sorrows and sadness will fly away at the sight of this sea of Daylilies spreading downhill. 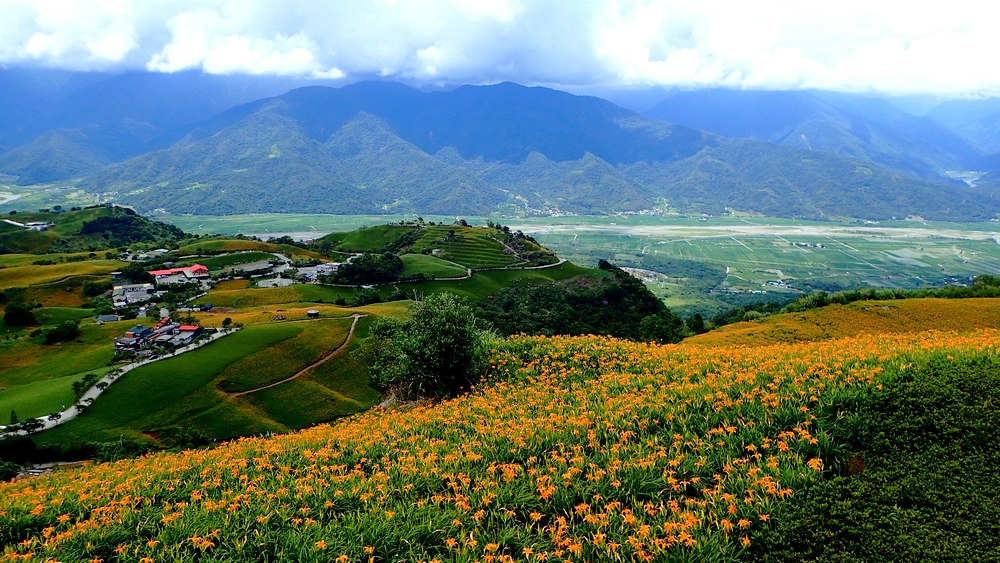 Settled amidst the orange flowers which are staining my fingers, there was a traditional Chinese music floating in the air. It was taking me some time to come to my senses, for the two hours’ drive fuelled my solitary daydreams to a point where I almost indulge myself into the twists and turns of my own mind.

Finally, a bit of fresh air on my neck! Finally, another ephemeral beauty saving my day. 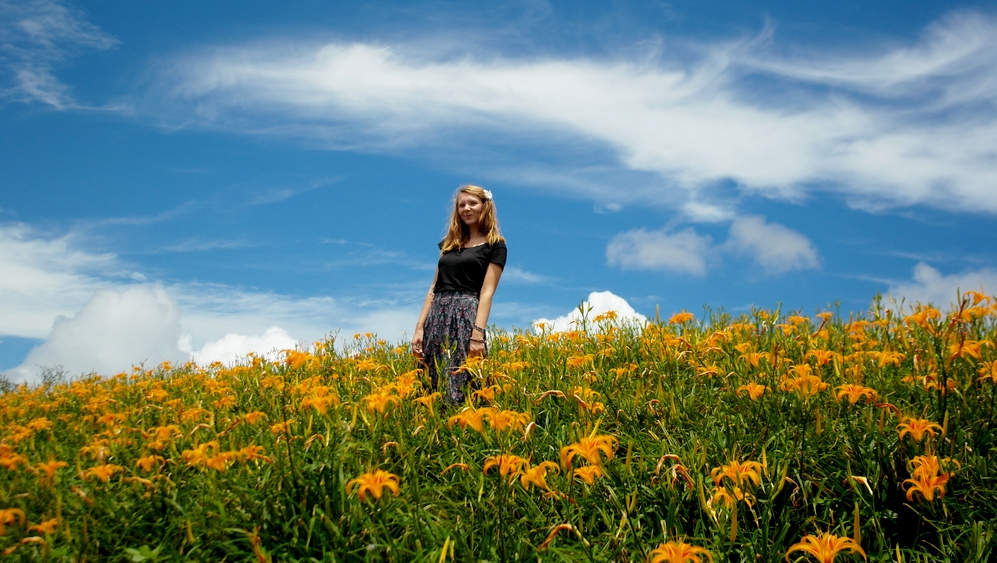 It felt good up there. Actually, I wish I had spent the whole day strolling around.

Like my Quebecois co-worker said, “Driving two hours to witness some fields of wildflowers, it’s obviously leading to happiness”.

In the end, there’s only the unexpected beauty of landscapes that truly satisfies me. 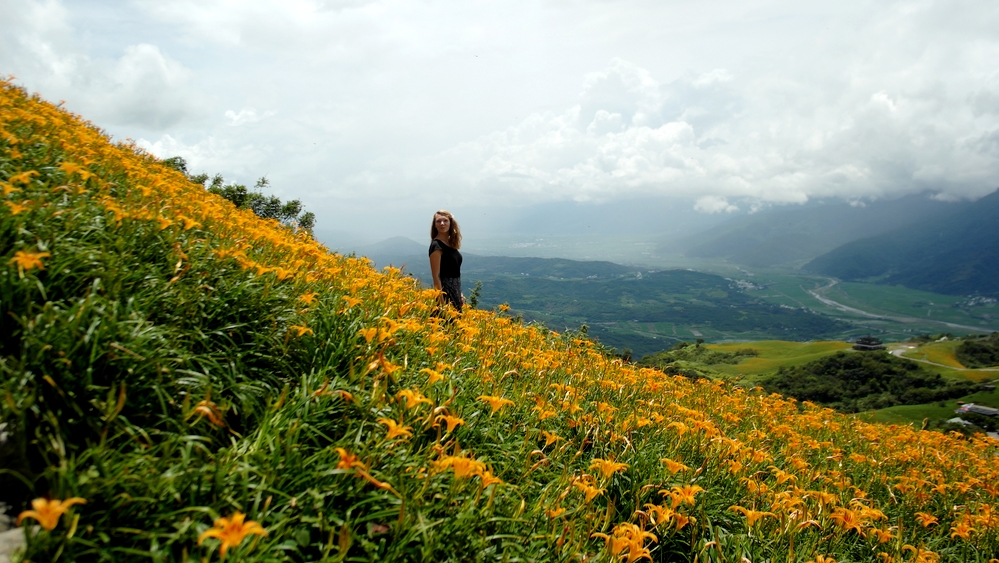