Houtong is a small laid back town located in Ruifang district, north-east of Taipei. It used to be one of Taiwan’s most important coal-mining town up to 1990’s. Unfortunately, after the coal mining industry declined, the little town began to be abandoned by its inhabitants, who, out of work, had to move away. From about 6 000 inhabitants, the population dropped to about a hundred…

But that’s not the remains of this prosperous industry which makes it so famous today. Because Houtong is now home for about a hundred of… Cats.

-Warning, this post will contain way too many cute pictures of kittens.-

Apparently, it all started in 2008 when a group of cat-lovers volunteers started to care about all the abandoned cats in the village and worked at making Houtong a better living place for them.

Of course, it got viral when they posted pictures on the Internet. And more and more cat lovers spread the words and pictures of the cutie faces of these cats frolicking around the village, which drew more and more tourists to come visit Houtong.

Now, Houtong is thriving again thanks to this cat attraction tourism industry. Labelled as a cat village, they opened cat themed shops and cafes, and decorated the village with cat signs and paws prints on the steps leading to famous cats spots. A bridge has even been built to allow the cats to cross the rail tracks safely. A bridge with cat’s ears and a tail…

Also, some signs are here to warn the tourists not to feed the cats, for the furry balls are already getting all the food and care they need by the locals. It’s advised as well not to disturb them if they’re sleeping, and let them alone if they don’t want to be patted. Because they’re still cats, not only a tourist attraction. Which means they deserve to live their normal lazy cat lives even though the place can be crowded with tourists on weekends.

Houtong is a perfect stop for a relaxing moment, in which I highly recommend to get a cold tea or snack at one of the numerous themed cat cafes, a cat sleeping or purring on your knees. I really liked the vibes over there, a bit away from the crowded touristy places – maybe because I went there in the morning, for there were more people coming when I left in the beginning of the afternoon. 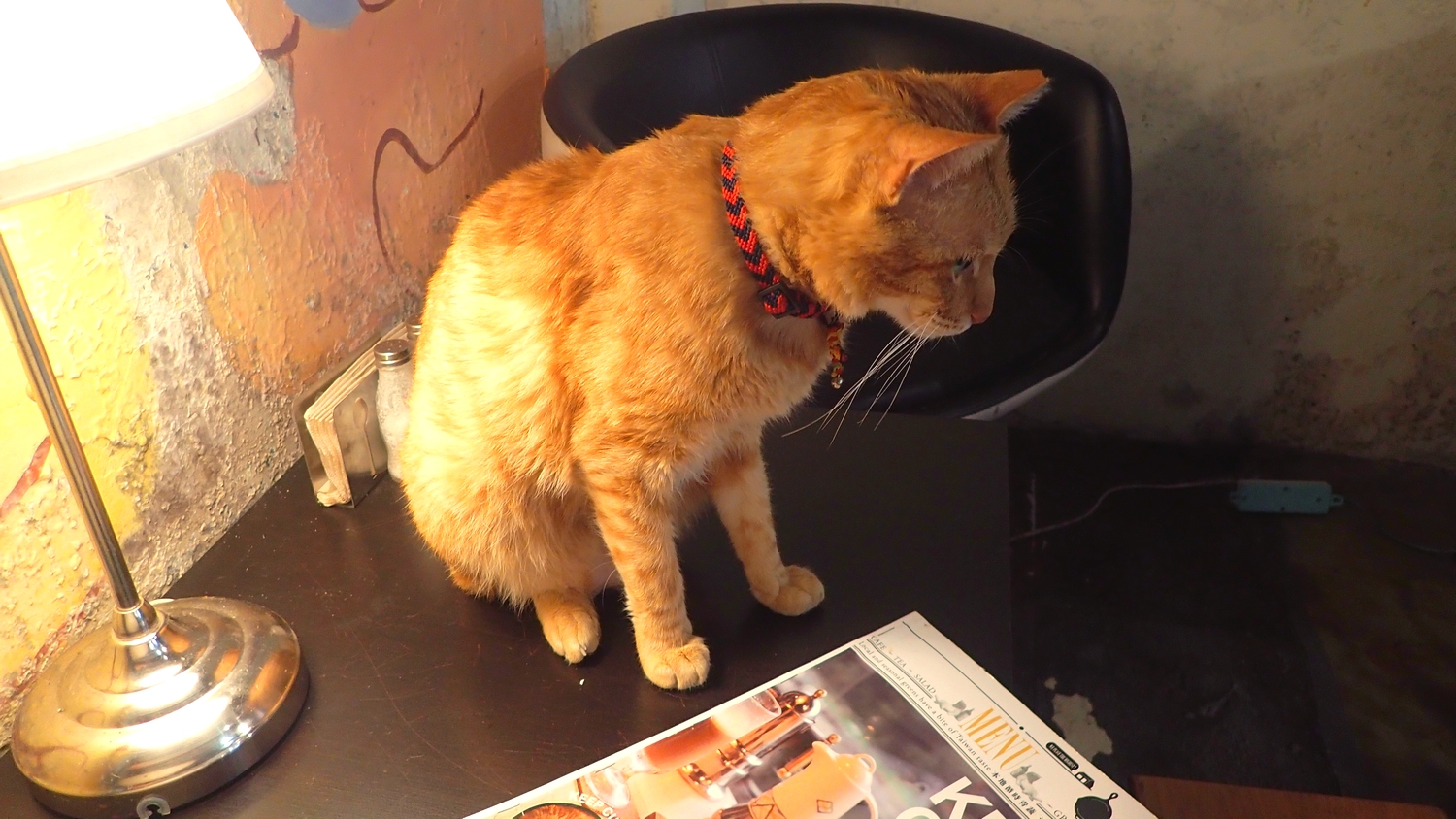 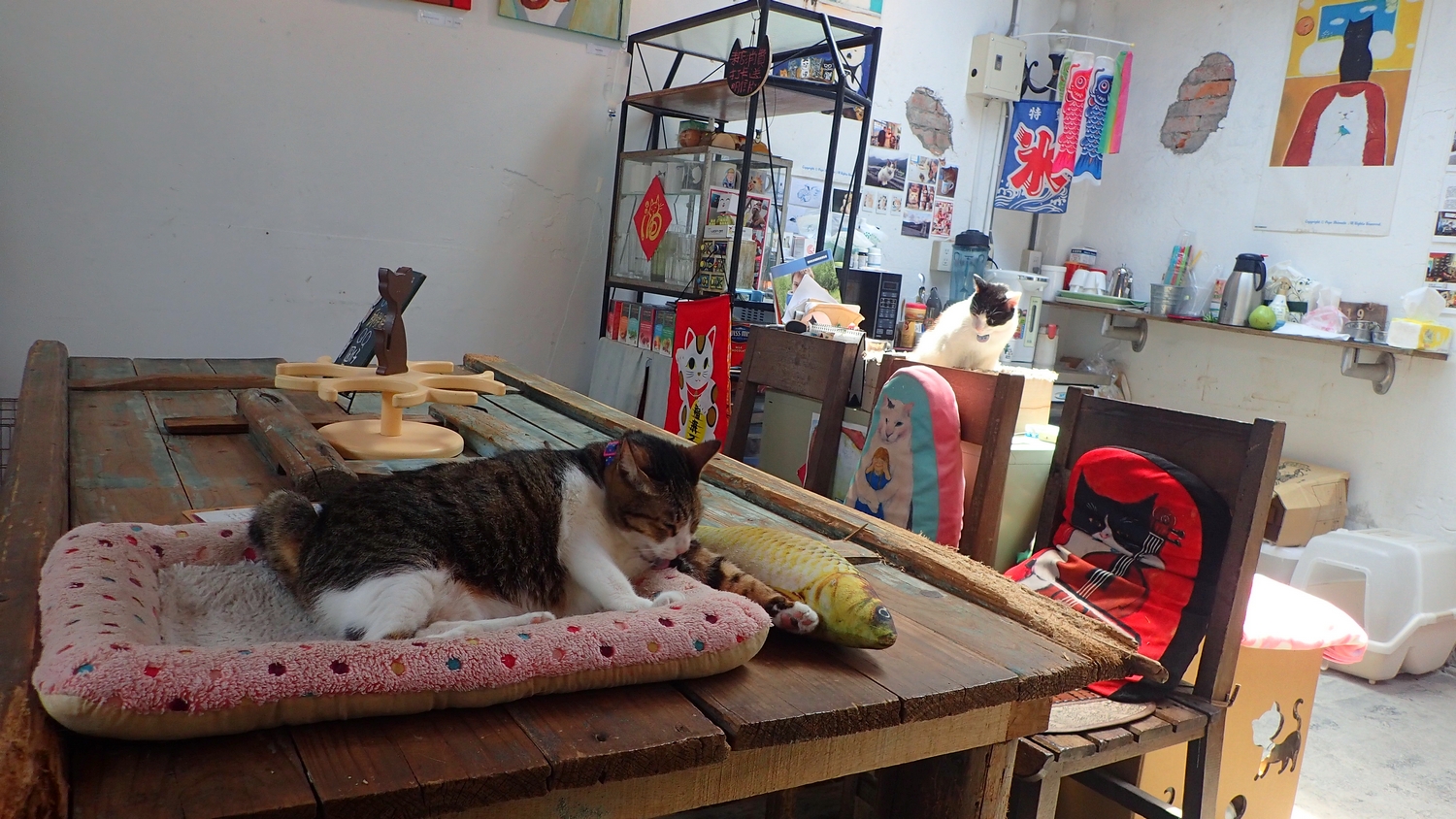 If you still have some time after chasing and petting cats, don’t miss to have a look at the old coal-mining bridge across the deep green coloured Keelung River to get a glimpse of how prosperous the industry used to be. 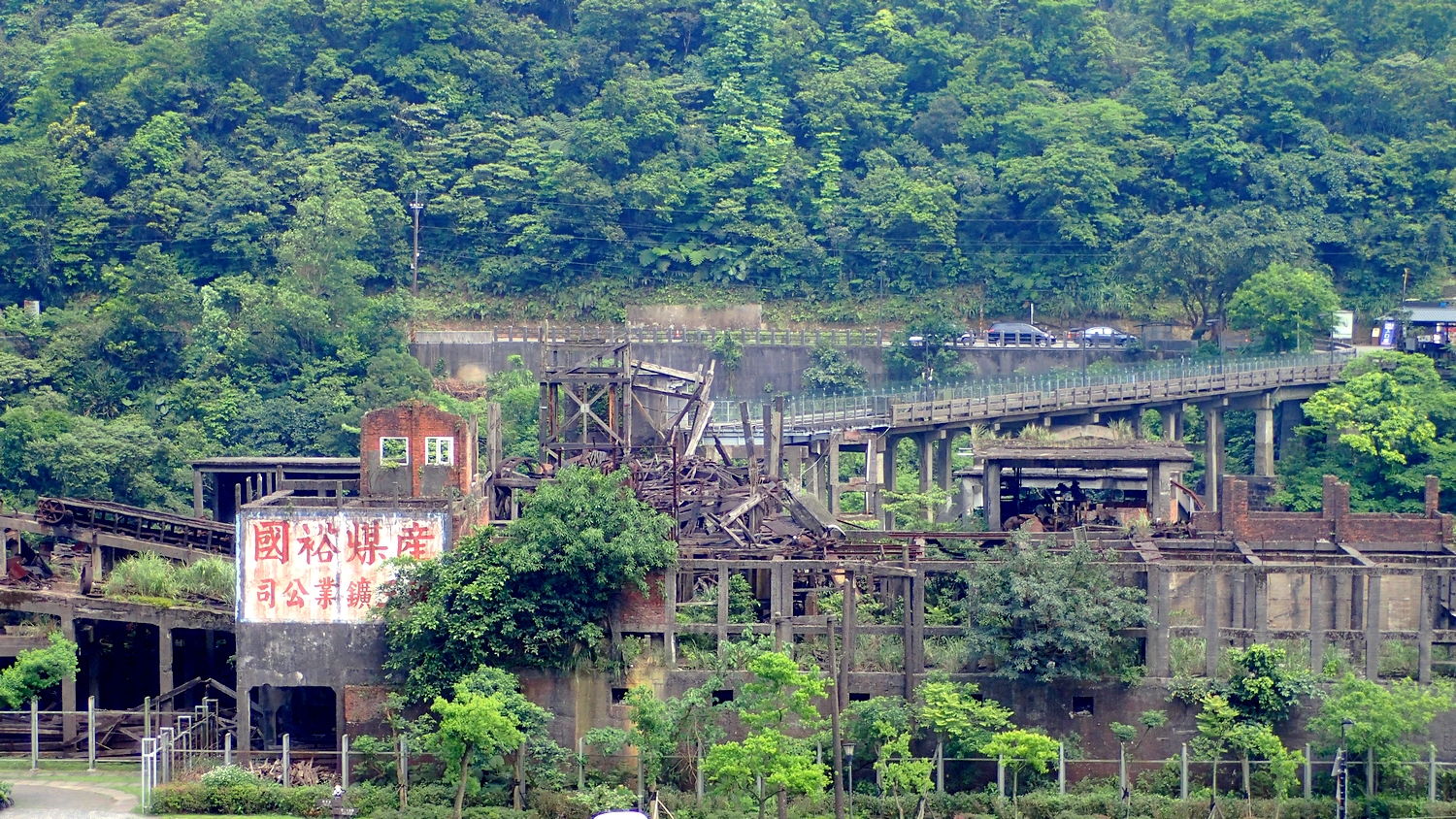 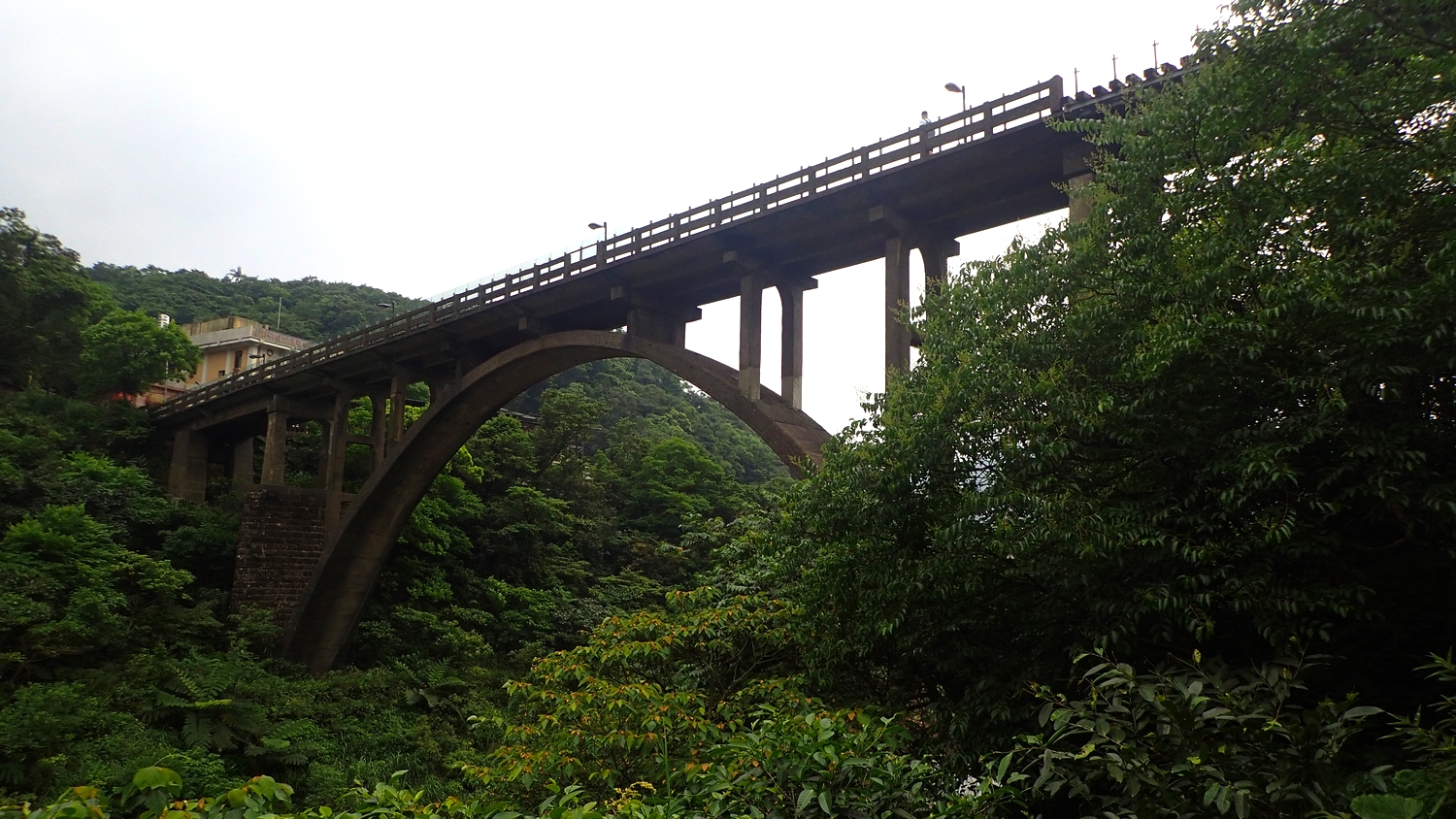 There’s also a little temple on the far north side of the village, up the hill, from which I was surprised and amazed to see my first Taiwanese endemic birds: some Formosan Magpies were flying all over the place. It’s like they wanted to say hello but were too shy to do so: they were flying around me only when I wasn’t looking and my back was turned! I also got a bit scared when I almost stepped up a freaking snake… Oh. My. God. I’m forgetting sometimes that I’m not strolling in France or New Zealand anymore, here are some pretty huge and scary insects and reptiles. 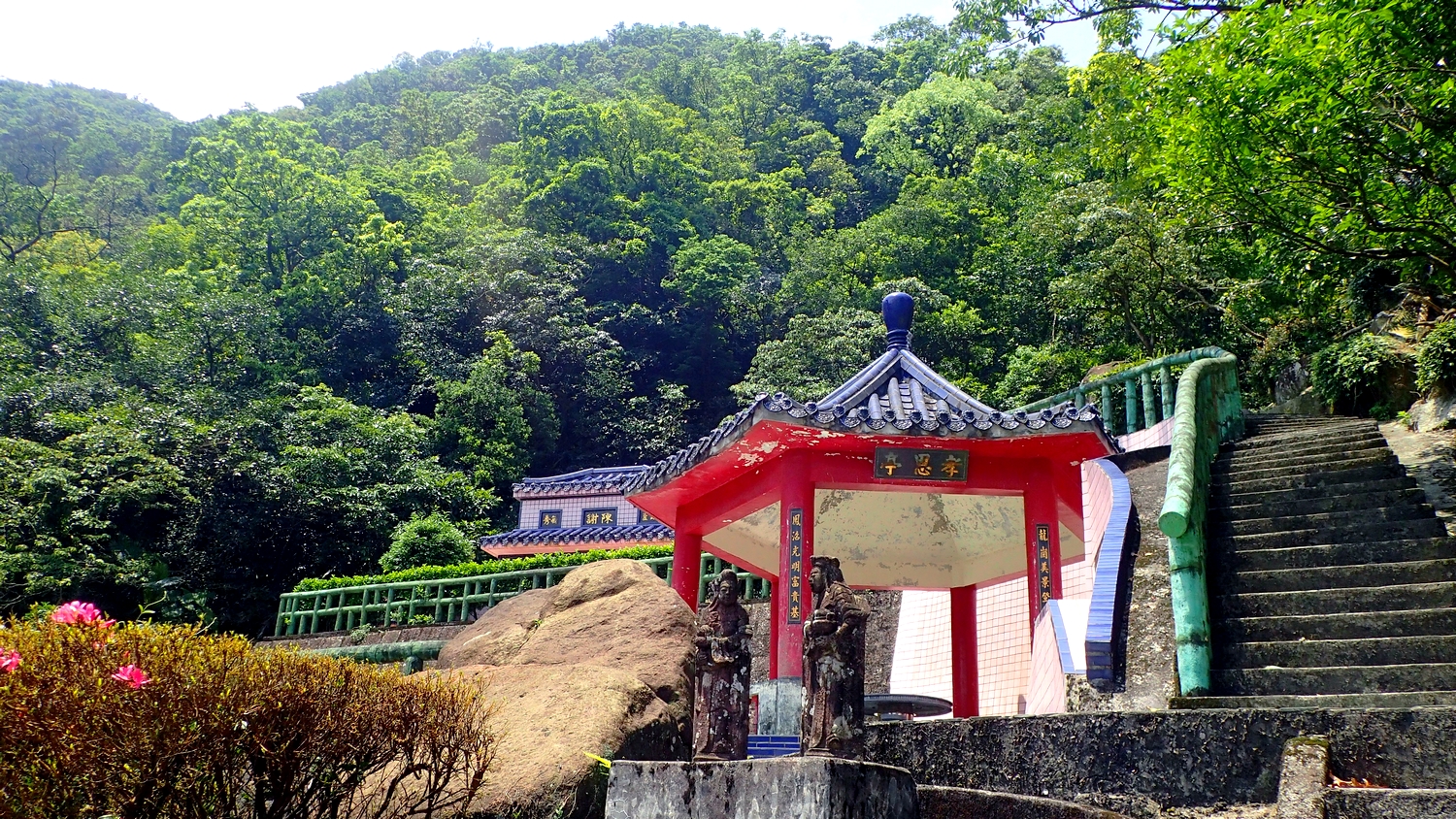 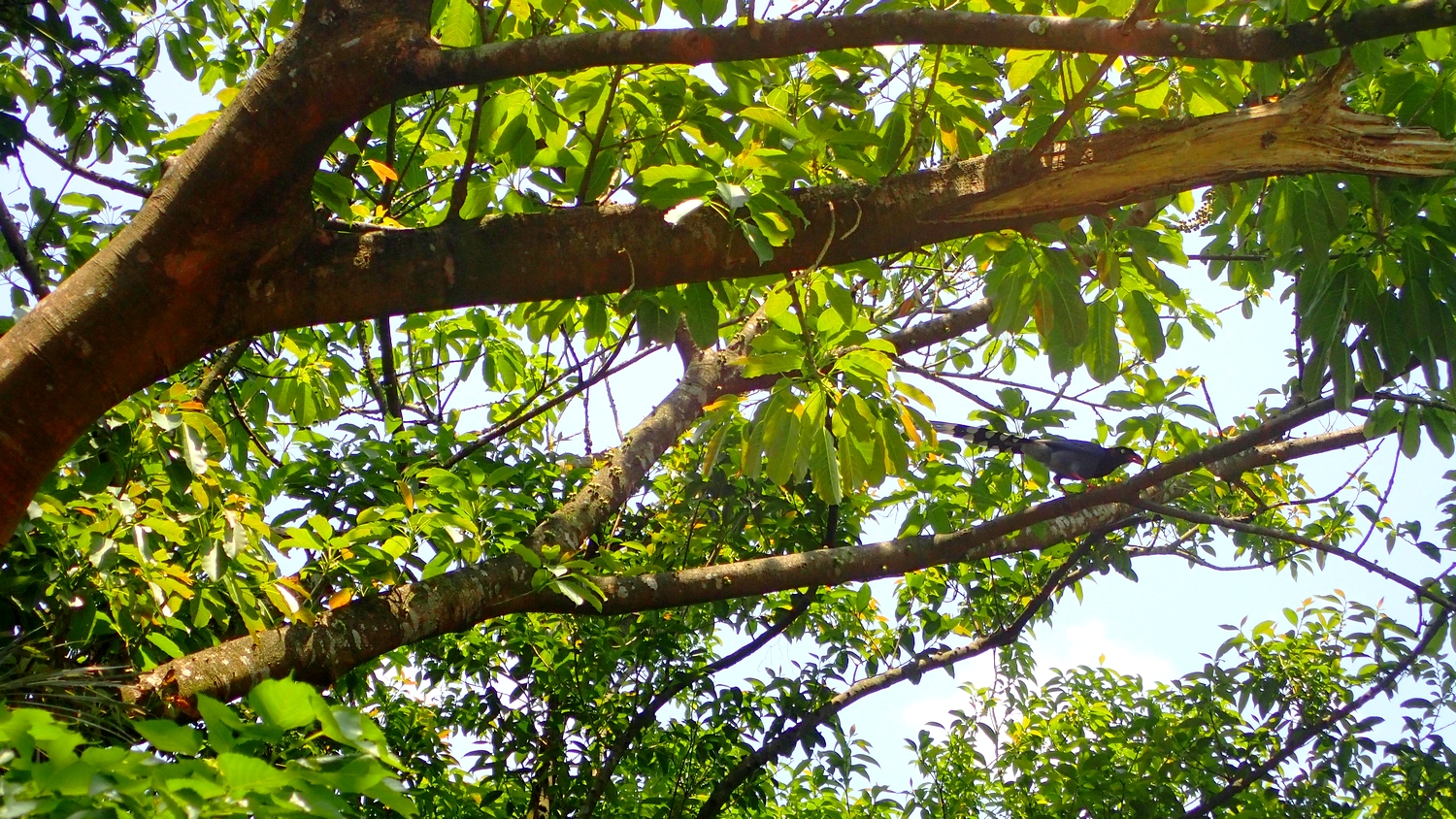 From declined coal-mining town to cat-village, Houtong has definitely found an original and cute way to reborn.

On your way to Shifen or Pingxi, Houtong is undoubtedly a must-stop for any cat lover, or for those who, like me are fond of the Miyazaki’s anime The Cat returns (and I promise, I’ll tell you soon enough about how I got myself Spirited Away in Jiufen!)

Houtong, first stop on the Pingxi Line from Ruifang

(It’s recommended to purchase the day train ticket which allows you to stop at every station, especially in Shifen!)

2 thoughts on “HOUTONG, THE CAT VILLAGE”