Every year, on the Luye Gaotai platform, is held the International Air Balloon Festival. For about a month in the summertime, one can watch some air balloons coming from all around the world, attend some shows, but also get on a tethered balloon.

If for you air balloons also rimes with musing, if you can’t help to stay your nose up like a kid when you witness some balloons in the sky, your dreamy head suddenly filled with many desires of adventures and escapades in the great outdoors, come with me to Luye, I’m taking you to a festival of flying colours. 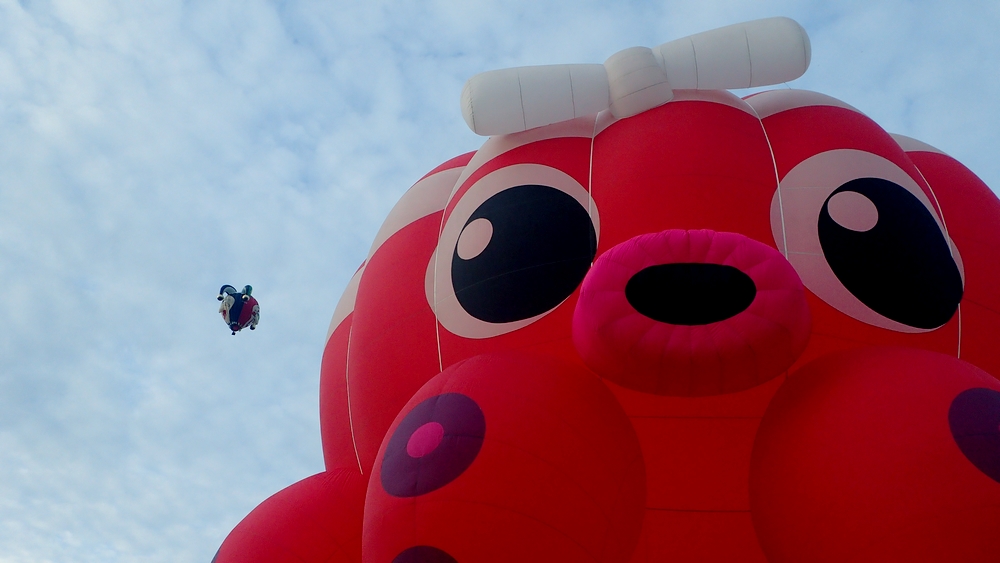 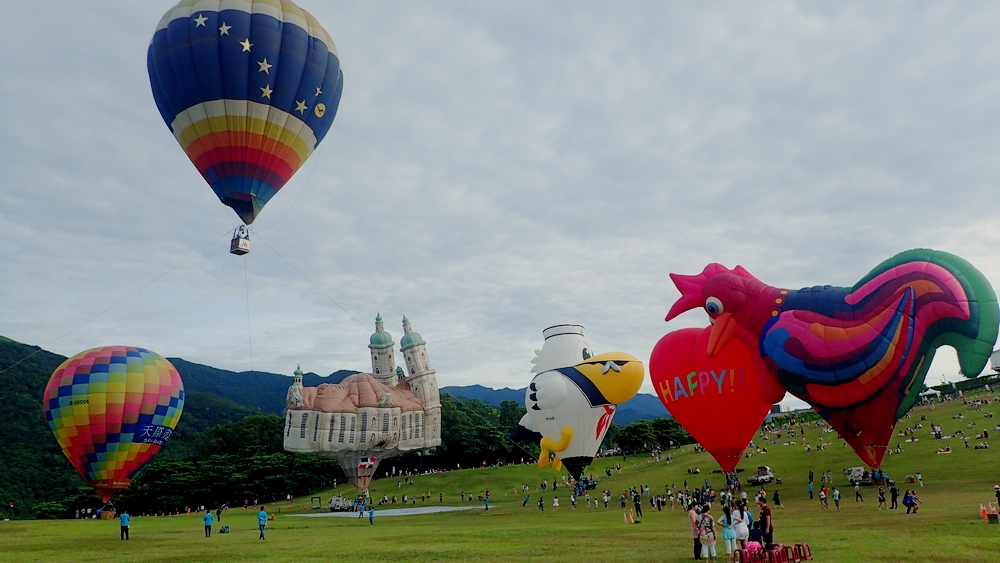 Since 2011, the city of Luye, in Taitung County, is hosting every year an international air balloon festival. The reason why? Because of Luye’s plateau, Luye Gaotai, a huge platform rising up 350 meters high and offering a spectacular view of the mountains around and the river down below. There are actually air balloons and paragliding taking off all year long.

When the festival was first held, Taiwan didn’t own any balloons, nor pilots, this is why they called in some international pilots. Since then, there are at least 8 qualified pilots with their own balloons on Formosa Island.

The festival has become a major event here in Taiwan, and it welcomes about 1 million of visitors each year. The place is easily reachable, for there are shuttle buses from Taitung or from Luye train station to Luye Gaotai. 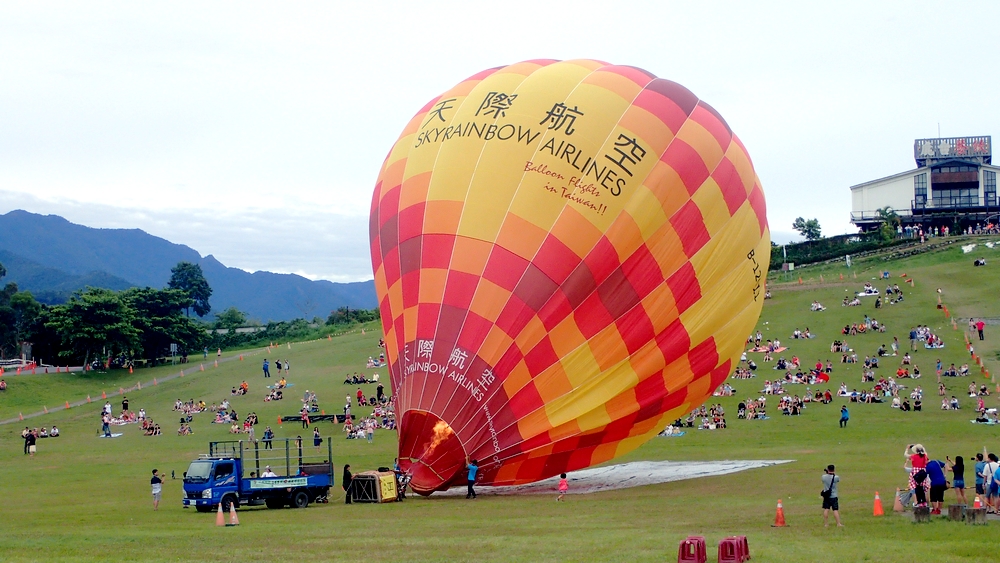 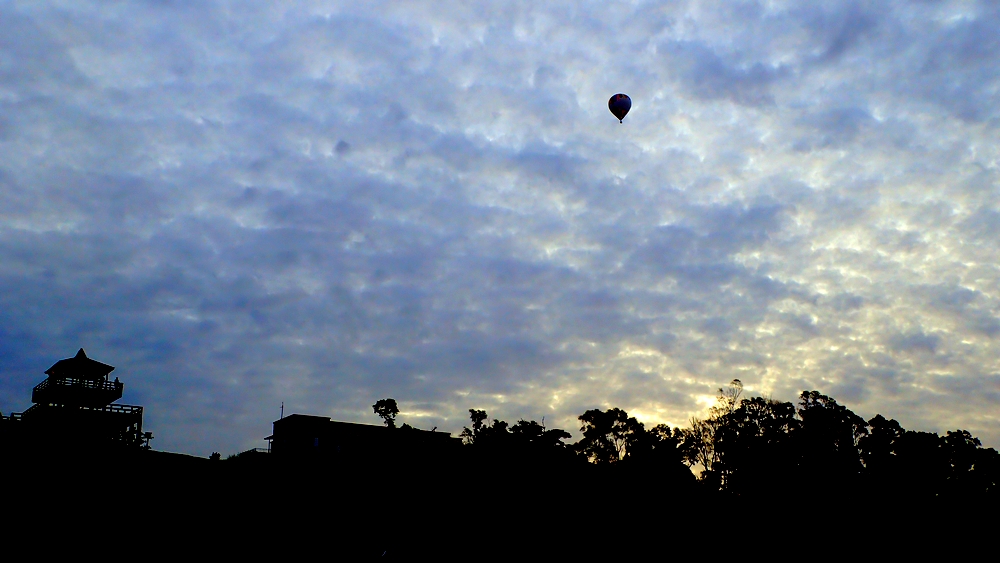 There are two shows every day at the festival: one on mornings (from 5:00 to 7:00 A.M) and one on afternoons (from 5:00 to 7:00 P.M.) It seems that it’s easier to fly an air balloon when the outside temperature is cooler – it allows a more significant difference in temperature between the air temperature inside the balloon and the outside air temperature. The air flows are more stable in early mornings or late afternoons, for the hot air stream that can disturb the balloon’s flight comes with the sun. And as it’s freaking hot here in Taiwan in summer (hello 35°C!), the shows only take place super early in the morning at dawn and the evening just before sunset. 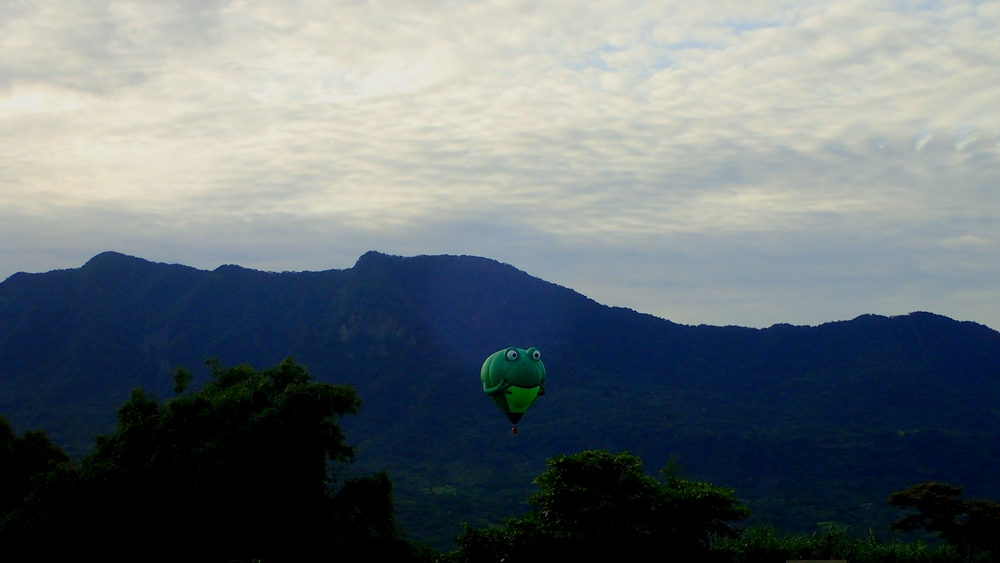 I’ve never ever seen any hot air balloon from that close before. It’s really easy to attend very closely to the inflation of the competing balloons, and you can even talk with the pilots! What a surprise to see the logo of the Lorraine region on a basket, and learn later that the pilot’s wife comes from a town nearby my hometown!

The immediate sympathy of finding French compatriots so far from home allows me to know a bit more about this unusual job and the festival itself. Even though the plateau is large enough to welcome many balloons each year, flying around here is not that easy: there are technically no spot to land around there, so some pilots got caught in tree’s branches. This is why most balloons are staying on the grounds to make the show.

As dusk is slowly coming, the balloons are bursting in colours for the pilots are all lighting their burners at the same time. One octopus, one giant heart, one chicken, one pelican, one joker face are lighting up to greet the end of the day. Tonight, with my co-worker Vincent, we’re going to spend the night in Luye’s 7/11 (those convenient stores opened 24/24 7 days/week), so we can come back to Gaotai at dawn.

It’s possible to get into a balloon’s basket for only 500 NT$ (about 15 €), however it’s hard to get a ticket, for there was already a huge queue at 5:00 A.M. Well, it’s a tethering ride, and it only lasts about five to ten minutes, not that high anyway, so we’re trying not to be too disappointed (well, honestly, I’d have loved to get into a balloon, even for a short time!) But it’s all alright, gazing at the hot air balloons in this faint morning light is already the best treat ever for my kid’s heart.

GET LOST IN THE TEA AND PINEAPPLES FIELDS AROUND LUYE 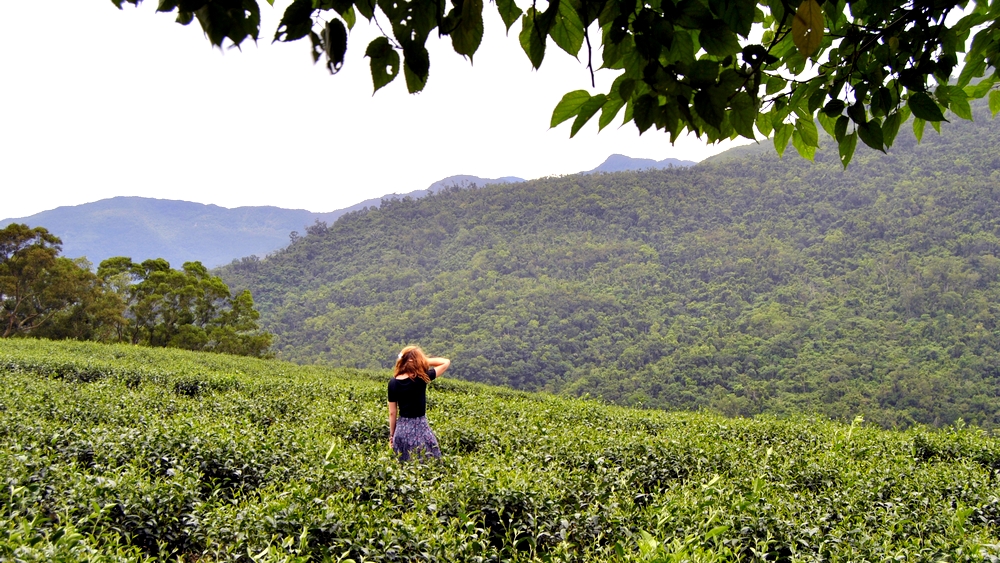 Le little quiet town of Luye, even when it’s not crowded by hot air balloons and tourists, is worth a visit. The view from Gaotai is quite amazing, and there are many nice walks around, especially in the little sleeping villages of Longtian or Yongan.

Tea fields and pineapples fields are spreading as far as the eye can see. In the middle of those green mountains. They cultivate here the famous Red Oolong tea, a black tea with fruity notes. As for the pineapple, I’ve never tasted such a good pineapple anywhere else than in Taiwan. It’s very sweet with a little after taste of coconut. A pure delight for the taste buds. There are many pineapple pastries as well in Taiwan, which you can taste for free in many shops or stalls at night markets. 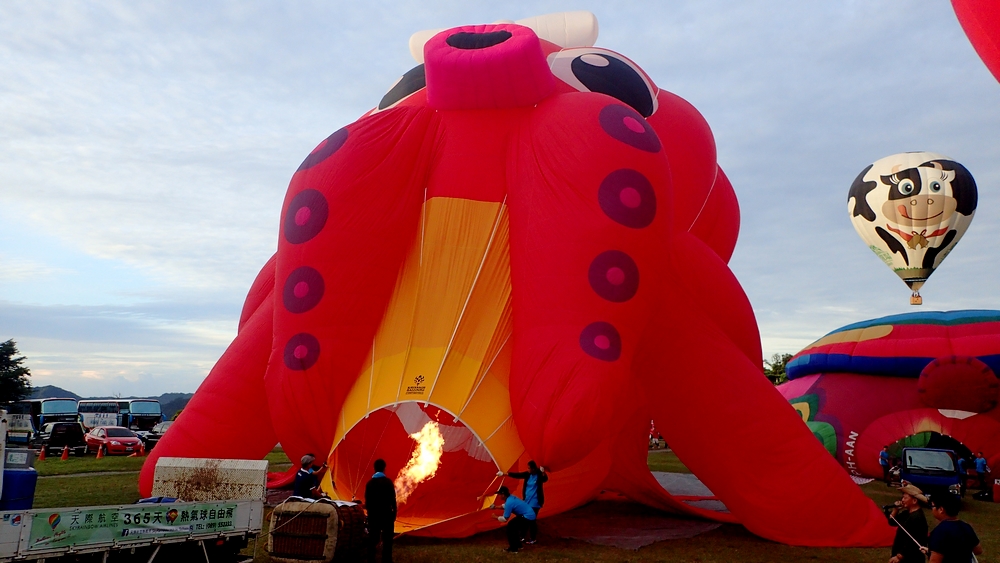 Comfortably sitting on the grass, I found it quite surrealistic to be this close to those coloured monsters. The octopus balloon from Japan is taking shape in front of me, under my widening eyes.

My thoughts are racing – “Couldn’t I be a balloon pilot? How much does it cost a balloon pilot licence? And a hot air balloon?  I should really try to fly into one of those one days.”

2 thoughts on “THE INTERNATIONAL AIR BALLOON FESTIVAL OF LUYE”